They heard from John Olson, Friends of Lake Chelan, during the Citizen Comment period.

Olson told the council that he was very pleased to see “that you have affordable housing on your agenda for your retreat.”

Olson went on to say that affordable housing is “a very complicated subject,” and invited the council members to an informational meeting on the Impact of Short Term Housing and Affordable Housing at Lakeside Lodge & Suites Wednesday evening, January 10. This meeting will begin at 6 p.m.

The group will share research on what other communities are doing to solve the issues of affordable housing and short term rentals.

The council then voted Wendy Isenhart in as this year’s Mayor Pro Tempore and selected its annual Council Committee Liasions (list soon).

Public Works Director Craig Gildroy requested the council approve a temporary Associate Project Planner position while the Planning Department seeks a permanent employee for that position. “This could take some time,” said Gildroy.

The temporary position is for 20 hours a week. “We have a very busy year coming up and this will give us plenty of time to recruit the right person.”

Finance Director Cheryl Grant requested that the council approve an amendment to the 2018 Chelan County Inmate Housing Agreement that raises the daily cost of incarceration from $87 a day to $96 a day.

During the Administrative Reports, Gildroy told the council that his department’s work load was large and brought up the most pressing need was for affordable housing.

He also reported that his Code Enforcement officer was going through licenses and taxes and looking for zoning code violiations. “We are working on additional rental rules.”

Public Works Director Dwane Van Epps tendered his retirement letter and Mayor Cooney accepted it at the meeting with reluctance.

Van Epps final day as director of Public Works will be July 12, 2018. Mayor Cooney stated that the City would cherish the time “we have left. We appreciate you and all that you have done for the City.”

During Council Comments, Erin McCardle said that Van Epps letter of resignation was painful. “We’ve worked on a number of projects together and you have been a joy to work with.”

The rest of the council also lauded Van Epps work over the years and said he would be missed.

The two new council members both said they were pleased to sitting on the council. Witt said he was looking forward to getting up to speed and wants to visit each department and get to know the employees. Hollingsworth said he was also excited to be on the council. “I’ve been on the margins for years,” said Hollingsworth. “There are a lot of things to address this year.”

Mayor Cooney stated that Affordable Housing is the City’s biggest challenge this year. To that end, there will be a Town Hall Meeting at the Senior Center on Tuesday, January 16 at 6 p.m. to discuss and seek solutions to the Affordable Housing Crisis.

City Council will be back in session on January 24, beginning at 6 p.m. 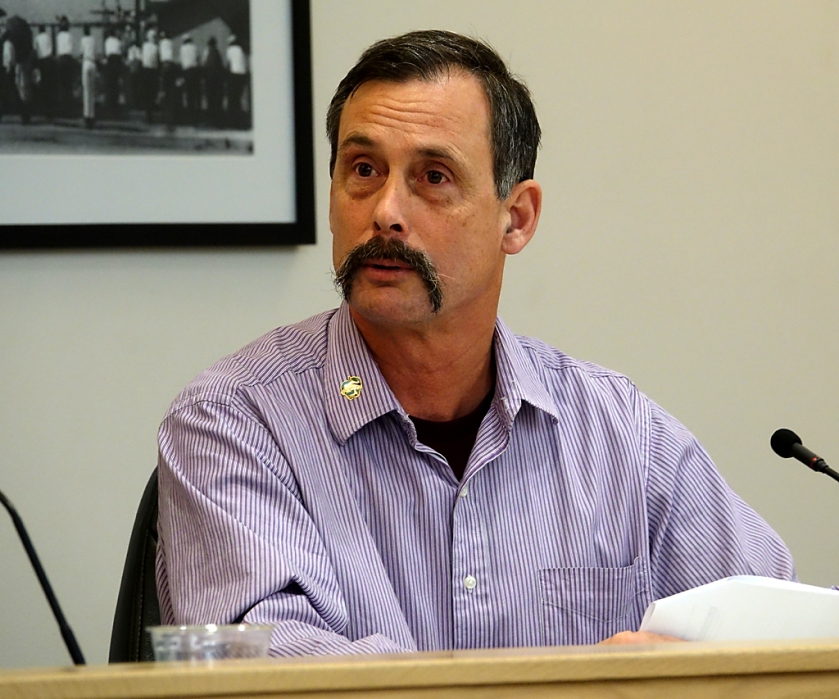 On Wednesday evening, January 10, the Friends of Lake Chelan are hosting an informational meeting on The Impact of Short Term Rentals & Affordable Housing.

This meeting will begin at 6 p.m. in the third floor conference room of the Lakeside Lodge & Suites, located at 2312 West Woodin Avenue across from Lakeside Park.

Short term rentals have impacted affordable housing world-wide. It was an issue that was being discussed in Barcelona when we visited in 2016. Many apartment owners were turning apartments into AirBnB rentals leaving many local residents scrambling for affordable housing.

This very issue is cropping up across the United States in tourist towns where housing owners can make more money with short term rentals over renting an apartment or house on a long term basis.

The Lake Chelan Valley is facing the same issues as towns like Bend, Oregon, Sun Valley, Idaho and Jackson, Wyoming.

If you are interested in this issue, join the Friends of Lake Chelan and find out about potential solutions or come back to All Things Lake Chelan on Thursday and read my report