There has been a lot of misinformation on social media concerning the upcoming April Special Election by Chelan County Fire District No. 7. After talking with Commissioner Russ Jones, the issues become clearer.

First, the District employees 12 full-time firefighters, six of which are being paid under a Federal grant that ends at the end of this year. “They wanted to put the levy request out in April,” said Jones. “If it fails, then they can begin the process of looking for other employment opportunities in the fire services.”

The District had aTask Force of 10 local business representatives and residents who reported that they liked the current level of service. However, if the current levy request doesn’t pass, the District will not be able to retain the six being paid under the grant.

The six original employee firefighters will be retained and the level of service will go down, but the Fire Station would still be manned 24/7.

“The firefighters wanted us to go for the maximum $1.50 per thousand, but we couldn’t do that,” said Jones. In agreeing to go to the public with this Special Election, the commissioners made it perfectly clear that this was a community decision. “We get zero community input at our commission meetings outside of the fire service,” he added. “The bottom line is that this Special Election is input from the community. It is whatever the community wants, “said Jones 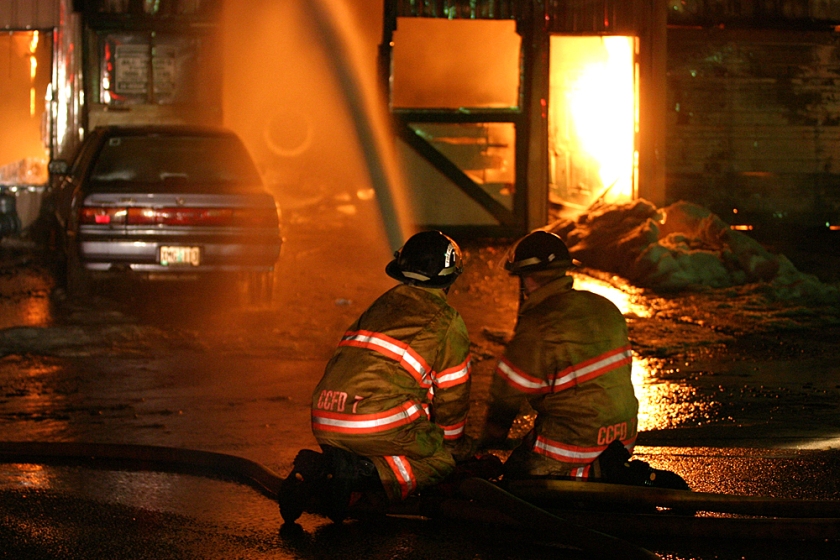 The District currently has 60 volunteers on board, but according to Jones, it is harder and harder to get volunteers nationwide. “There are a lot of hours a volunteer has to put in,” said Jones. The District can no longer, because of Federal and State requirement, recruit a volunteer and hand him a hose. Jones would like to propose that a volunteer spend two years before being eligible for a career position which he feels should be an incentive for volunteer wishing to enter the fire services.