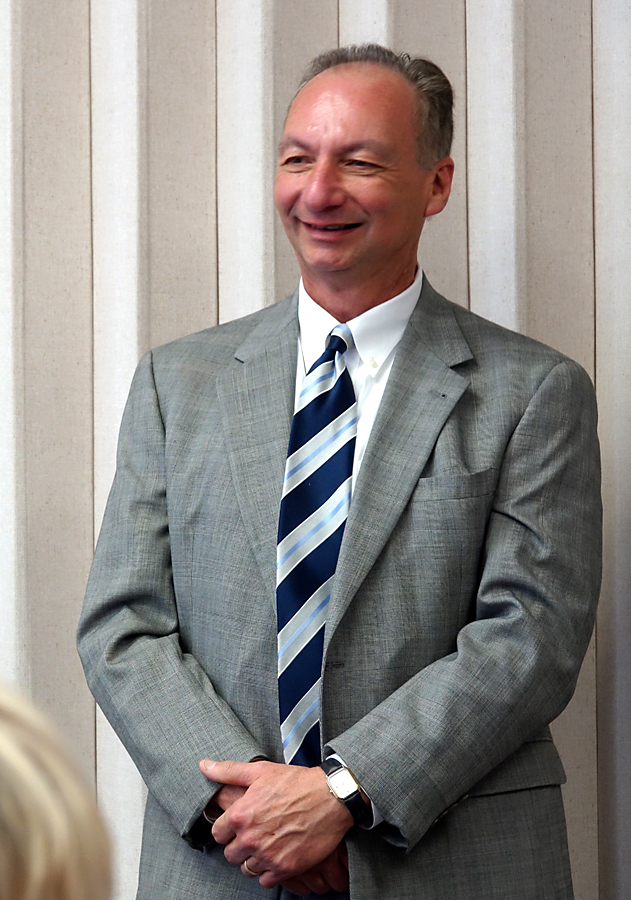 Outgoing CEO, Kevin Abel told the commission and audience that Patonai had been on board for two days. “I’ve been showing Steve around and introducing him.”

“This is an exciting time for Chelan,” said Patonai. “I’ve been meeting the staff and they are gung ho and great people.” Patonai stated that he and his wife purchased property in Chelan six to seven years ago with the idea of eventually moving the valley and building a home.

He has worked at hospitals in Auburn, Washington, Florida and most recently in Houston where he came from a week and half ago. When he saw Abel’s announcement, he threw his hat into the ring.

Mary Signorelli said a lot of research went into finding a new CEO for the hospital. “We had a number of qualified candidates, but we ended up offering Steve a contract. He was interviewed by the entire board and has started while Kevin is still here.” 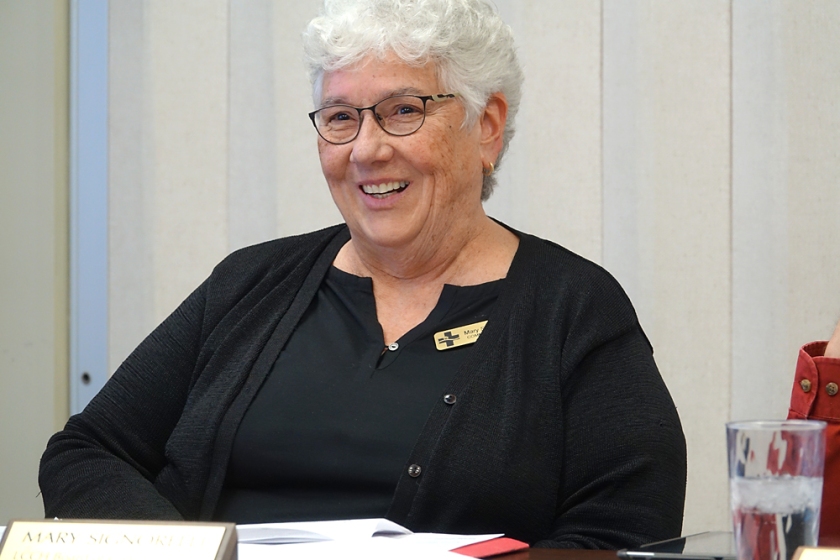 Abel said he is getting Steve up to speed over the next several weeks. Commissioner Phyllis Gleasman remarked that there were a number of qualified people interviewed.

After the introductions, Kevin Abel introduced Jim Nelson to update the commission on the General Obligation Bond progress.

Hospital Administrator Kevin Abel introduced Jim Nelson to the board for a short update on the Hospital’s quest for a USDA loan for the new hospital.

The voters in the Hospital District approved a $20 million dollar bond issue in August, 2017. The District is obligated for another $22.5 million dollars which will come from a USDA fund. “We should have preliminary approval soon,” said Nelson.

He told the commission that the bond obligation is still coming in below the Hospital’s 38 cents. “It looks like 33 cents (on the dollar) for 26 year financing,” said Nelson. “Hopefully the bond market will stabilize.”

Moving the schedule forward, Nelson said it was necessary to update the bond resolution that the board voted on last year that is needed for the USDA. He expects that the new rates will be fixed by June 27 and the money approved and in the bank by July 17 or July 25, but no later than August 9.

Abel and staff have met with the USDA and the environmental write-off is coming. “The USDA process normally takes six to 12 months,” said Abel. “Slightly more than a year. That’s what we are looking at.”

Kelly Arduino, Director of Strategic and Capital Planning Services at Wipfli, LLP,  who attended the meeting by telephone, said from a political perspective that there is “going to be tremendous pressure in the third and fourth quarters of the year. There will be a lot of approvals coming out.”

USDA  representatives will meet with Patonai on Wednesday.

Commissioner Tom Warren asked the board to repeal the old resolution and move the new one forward. The board voted unanimously to do that.

“We feel confident you would come in below that 38 cent target,” added Nelson.