The beautiful sounds of Jazz rang throughout the Lake Chelan Valley as a number of jazz artists and bands joined with local wineries for the first annual Lake Chelan Wine and Jazz Festival on Thursday, Friday, Saturday and Sunday.

Fifteen jazz bands featuring a number of internationally recognized artists played at 10 wine venues throughout the Valley to the delight of the 665 jazz aficionados who purchased tickets.

Every winery and venue that hosted a jazz group was crowded with jazz aficionados like this crowd at Benson Estate Winery.

“We estimate there were more like 800 to 1,000 people enjoying the shows and in town for the event,” said Holly Brown, event director of marketing and community relations. “The venues were packed and the music was top drawer. Every artist we spoke to wants to return next year.”

Over 100 volunteers helped to make the festival a success and many people in the community have asked event organizers to make sure it happens again next year.

Brown also stated that over 30 sponsors supported the festival, contributing $500 to $10,000 each. Over 11,000 unique visitors checked out the website (www.chelanwinejazz.com) since it was launched seven months ago.

If you did not join in, you missed a great event which will only become more popular in years to come.

Today, jazz festivals abound around the country and the world. Many are associated with wine venues and the Lake Chelan vineyards and wineries are a perfect setting for music venues.

Because of the logistics it was hard to visit more than three or four venues on an all-day ticket. We chose Eugenie Jones at Vin du Lac, Pearl Django & Gail Pettis at the Ruby, and Lenny Price & Becky Griswold at Benson. All were worth the price of admission. 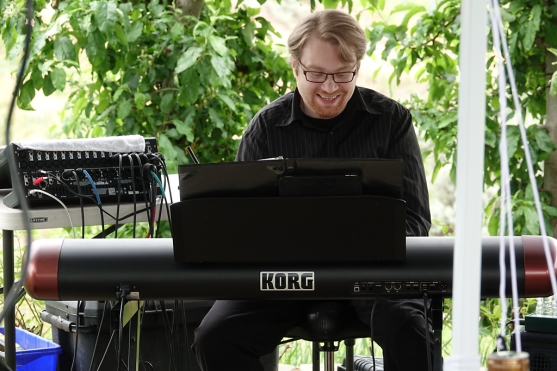 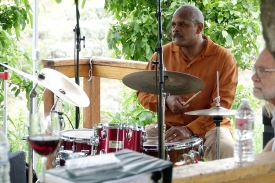 Eugenie Jones is an engaging singer/song writer that mixes old standards like “Take Five” with original tunes like “A Good Day” that have earned her a reputation as a national jazz stylist.

She thanked the crowd at Vin du Lac and encouraged them to continue to listen to jazz. “Jazz comprises only one percent of the music industry,” she said. Vin du Lac had a full house during the day. Larry Lehmbecker, owner of the winery, is known for bringing a variety of musicians to the valley on Saturday afternoons from 5 p.m. to 8 p.m. which makes the venue a wonderful place to spend a warm summer evening with a bottle of wine and a Hors d’oeuvre or a farm to table dinner.

Pearl Django and Gail Pettis played at the Ruby Theater on Saturday also. Pettis was named the 2010 Northwest Vocalist of the Year. Pearl Django is a well known and highly regarded band marked by pristine and dexterous string work. Coupled with Pettis the venue was well attended by jazz enthusiast. 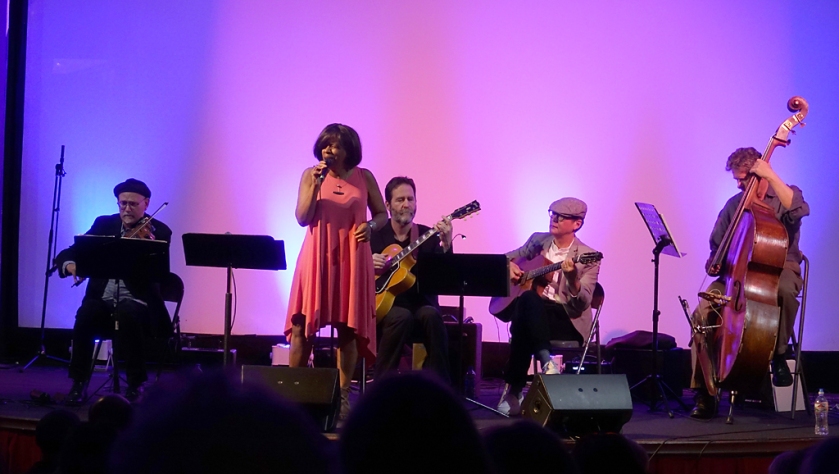 Jazz singer Gail Pettis and Pearl Django played to a full house at the historic Ruby Theater on Saturday afternoon. 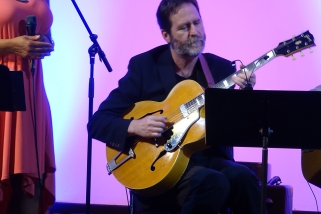 Out at Benson Vineyards, American jazz saxophonist, Lenny Price, and his quartet were performing standards made famous by the likes of Cannonball Adderley and other famous jazz artists along with a few of his own original music.

Price, who now lives in Ellensburg, is best known for touring for 13 years with Grammy-winning guitarist Earl Klugh. He is currently overseeing the production and development of Jazz, Bites & Sips initiative.

Lenny Price and his band filled the tables at Benson Estate Winery. 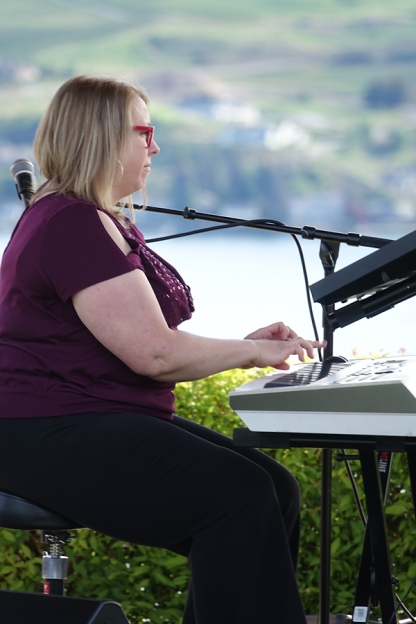 Benson Vineyards is an outstanding venue for music, perched above Lake Chelan with plenty of room to enjoy the views and entertainment. Now that the new Bistro is in place, serving food and drinks from 11 a.m. to 5 p.m. every day, the winery no longer allows patrons to bring their own food in.

On Sunday, the Ellensburg Big Band and the Lake Chelan Jazz Band performed for the public at Riverwalk Pavillion. Bob Soost, John Duff, Steve Sanders and Susan House entertained a crowd estimated at 50 from 2 p.m. to 4 p.m. 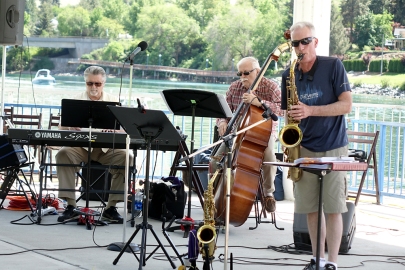 On Sunday afternoon, the Lake Chelan Jazz Band played to an estimated crowd of 50. They were preceded by the Ellensburg Big Band.

Other performers who had great reviews was the Collin Provence Trio, Sonando, Gretta Matassa, the Kobie Watkins Grouptet, Doctorfunk, Laura Love and the Terry Hunt Trio, Four on Six, and Justin Young.

The weather was great and people seemed to be enjoying the combination of great jazz and wine.

The Lake Chelan Wine and Jazz Festival Foundation has a mission to support and promote jazz appreciation, music education, and the arts in the Lake Chelan Wine Valley. All net pProceeds are being directed to the Boys and Girls club of Brewster.

“Plans are definitely underway for next year,” said Brown. “We plan to make this an annual festival and feel it was a smashing success for a first effort.”

For jazz aficionados, the Lake Chelan Valley is a perfect venue for this type of festival and if this year was any indication, next year will be even better.

Note: This blog is supported by the following advertisers. If you are interested in keeping up to date on Valley news, sports and events, consider advertising with us.