The Wildfire Season is back and the Forest Service has made changes to its air resource policies that has Senator Maria Cantwell concerned.

2014 and 2015 were extremely bad wildfire years in North Central Washington. Without the use of air resources the millions of dollars of damages could have been much worse. Chelan residents are forever thankful for the air tanker that came through and doused south Chelan with retardant and, as many say, saved the area from further devastation.

In April, the U.S. Senate held a sub-committee meeting with the new Interim Forest Service Chief on Forest Service budget. During that meeting, it came out that the Forest Service had made several air resource policy changes including one that removes the contractual agreements with air resource companies requiring a 15 minute response time. Senator Maria Cantwell had a number of questions for the new chief on that policy change citing the devastating fires of 2014 and 2015 in our area. 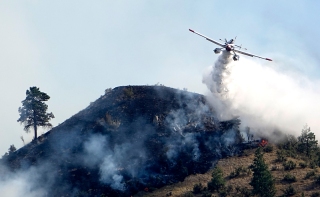 Water Scoopers are an integral and important resource for wildland firefighters on the ground. This unit was used during the 2015 fires in Chelan and Douglas County

“If they are not ready for 48 hours to serve us when we have an emergency, how is that serving us,” Senator Maria Cantwell asked Vicki Christiansen, the newly appointed head of the U.S. Forest Service.

Cantwell questioned Christiansen in a Senate Sub-Committee meeting regarding the Forest Service’s 2018 budget. In that hearing, it came out that the Forest Service had eliminated its contracts for all water scoopers and changed the way its air tankers are contracted for ahead of the 2018 fire season.

Under the new policy, the Forest Service will change its contracts from exclusive-use to a contract referred to as “call-when-needed.” Under the new contract, an air tanker has 48 hours to respond after it’s ordered, rather than the 15 minute response time under exclusive use contracts. The new policy would also force air tankers and water scoopers to operate after the first 24 hours of a fire starting.

“The point of air tankers is to be able to catch wildfires before they can grow into expensive incidents,” said Cantwell. “So, I am concerned about a policy that would leave these air tankers unable to fly when they are ordered for up to 48 hours.” 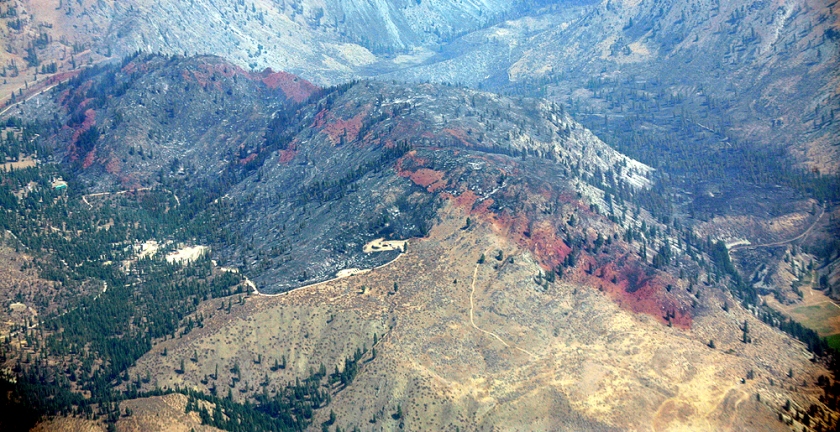 Being able to lay down long lines of retardant helps wildland firefighters get an upper hand on a fire line. This retardant line was photographed from Dale England’s helicopter in 2014 during the devastating Okanogan wlldfires.

In 2017, 371 orders for an air tanker had to go unfulfilled because none were available.

The Forest Service terminated its previous contract on March 23, citing the need to save costs.

“I need to clarify two things,” said Christiansen. “Air tankers are a very important tool in the right place to retard fire. They don’t put the fires out. That is done by effective ground resources.”

Cantwell disagreed. “The Colville Tribe had about $2 billions of timber that burned up in one of our two bad fire seasons. We had catastrophic damage being done,”

Christiansen stated that the Forest Service has great predictive services and would activate air tanker and aircraft resources when and where they are needed. “It’s on us whether or not immediate response is needed,” she said.

Cantwell asked if Okanogan County had another big storm coming, would the Forest Service activate a call for air resources. Christiansen relied “If we didn’t have other exclusive use… then absolutely we would.”

Senator Wyden said, “We’ve got to fix this common defining practice of fire borrowing and liberate the Forest Service from funding them. We need more preventative work… fuel hazard reduction.”

“We don’t refer to it as a fire season anymore,” said Christiansen. “We now refer it to a fire year.”

The Forest Service Game Plan is to get to the next stage where they have an actual game plan for attacking hazardous fuel backlog in the West.

She told the Senators that she would be happy to work with them on fire issues and said that within the next 30 days (one month ago) that the Forest Service would have a 2018 Fire Risk Map.

Christiansen was appointed as the Interim Chief of the Forest Service in March, 2018. She has been with the Forest Service for seven years, but has worked for over 30 years in the Arizona and Washington. She is a former wildland firefighter and fire manager and knows the benefits of partnering with State and local colleagues. In 2019 she plans on building a better relationship with the Washington State Department of Natural Resources.

Considering what happened in North Central Washington in both 2014 and 2015, it is imperative that air resources remain on the list for immediate response. 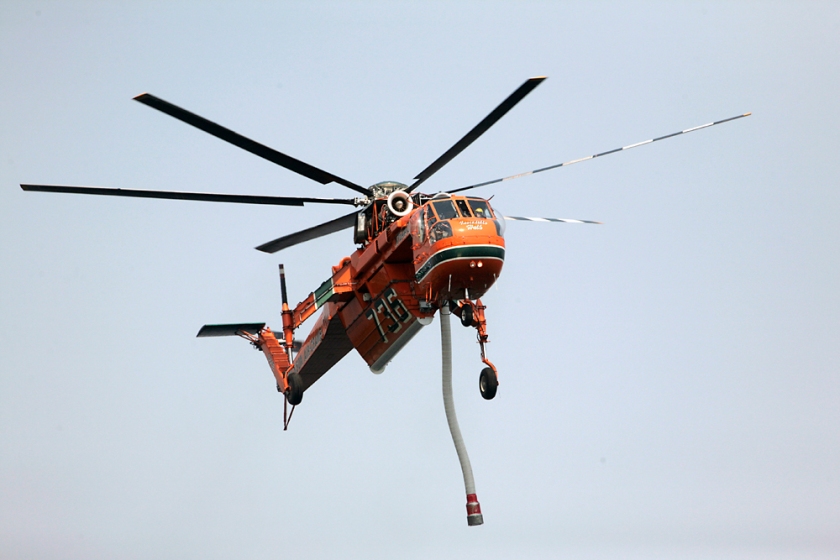 Helicopters like this one dumped hundred’s of gallons of water on Chelan Butte trying to keep the fire from blowing up. Helicopters are a major resource for wildland firefighter on the firelines.

Helicopters are apparently not on the policy changes and will be available when needed. 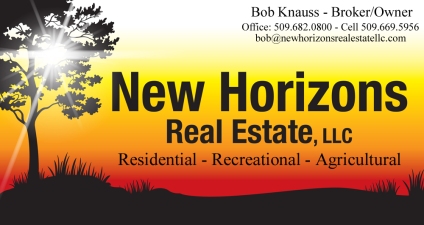 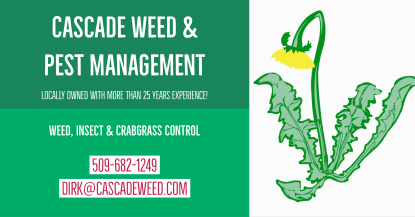 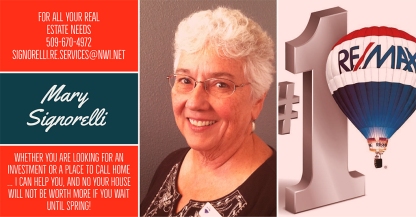