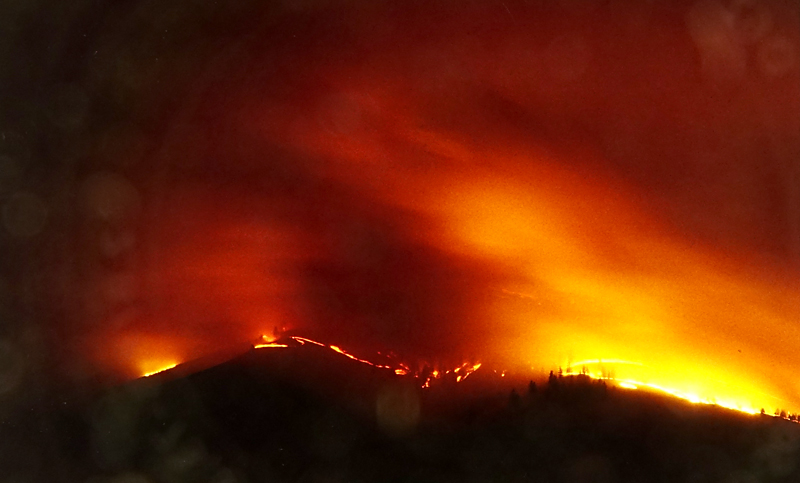 Not what Chelan wants to see this year. This image was taken from Chelan of the Tyee Fire as it came over the mountains into the Chelan Valley.
Photo by © Richard Uhlhorn in 1994.

The Cougar Creek Fire 20 miles up the Entiat Valley has grown to approximately 4,224 acres and is now under the management of California’s Interagency Team 5 as of 6 a.m. Saturday morning.

Significant events are active group tree torching, flanking and uphill runs with rates of spread from 200 to1650 feet per hour on short uphill runs.

Uphill runs are common in back country wildfires, particularly during the afternoon and evening hours. The Cougar Creek Fire is burning in the same location as the 1994 Tyee Fire when this image was taken.
© Richard Uhlhorn – 1994 Tyee Fire

Current weather concerns include the chance of thunderstorms and warmer and drier weather next week.

The projected Incident activity for the next 72 hours is for moderately active fire behavior picking up during the afternoon hours with a slight increase in fire behaviou as the relative humidity values lower down to around 30 percent on the firelines.

Currently there are 531 personnel assigned to this incident.