Last Wednesday evening a meeting was held in the Performing Arts Center about the potential rollout of 5G Cell Service in Chelan. 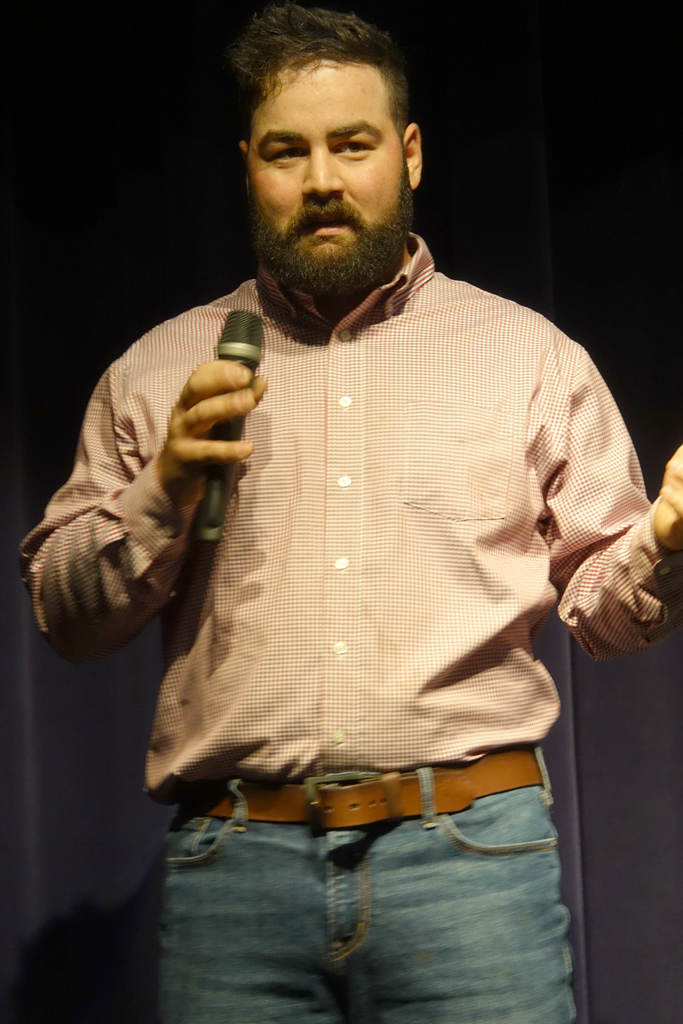 Since the meeting was not well advertised, only 25 to 30 people who had heard of it through word of mouth attended. It was organized by Brogan Kelly who intends to hold more meetings on the issue of 5G.

The Federal Communications Commission (FCC) has mandated communities to allow 5G development, and because of this mandate, the Chelan City Council, despite some health concerns, voted across the board to allow its development within the community.

The tipping point for concern came when T-Mobile had a 5G capable cell tower installed on top of the Chelan Museum. This event raised some major concerns, particularly by other renters in the museum building.

Two of them were on hand to speak their concerns about the development of 5G service right above their businesses.

Jacqulynn Dalton is the owner of Chelan Dance Center and is extremely worried about the potential health risks associated with 5G technology.

Jacqulynn Dalton, owner of the Chelan Dance Center, spoke of her concerns about 5G development right above her studio that caters to 150 kids. “I don’t want to spread rumors,” she said. “But it is important the community knows about this.”

Dalton explained that 5G is 10 times more powerful than 4G and requires antennas every 500 feet to work. “This is a town issue,” she said. “The electromagnetic frequency is 10 times as strong as 4G.”

She said telecommunication companies are pushing hard to develop this new technology. “It’s all about the money,” said Dalton. According to her research, people would be forced to purchase cell phones and other electronics capable of using 5G technology at a price point around $1,000. “It is extremely expensive.”

However, the real concern is the health risks according to Dalton. She mentioned a cell tower installed on an elementary school in San Joaquin, California has potentially cause cancer in four elementary students and the company removed the tower from the school. https://prepforthat.com/5g-cell-tower-cancer-san-joaquin-county/.

Dalton is very concerned over the potential health risks of 5G on her dance students. “My concern are the kids in this community,” she said. “We need to work together and come up with a solution. There is not enough research. I expect the City to keep us informed.”

Magnolia Polley is equally concerned about 5G technology and its affect on the human body. She also has a business right under the 5?G tower on the Museum’s roof.

Magnolia Polley, who also has a massage business right under the cell tower, is also concerned. “Bodies are really sensitive,” she said. “It’s important to me to speak to all of you.” She spoke to outside influences like electro magnetic frequencies on our environment. “Both weak and strong frequencies affect our bodies,” said Polley. “Can we learn from out past mistakes,” she asked. 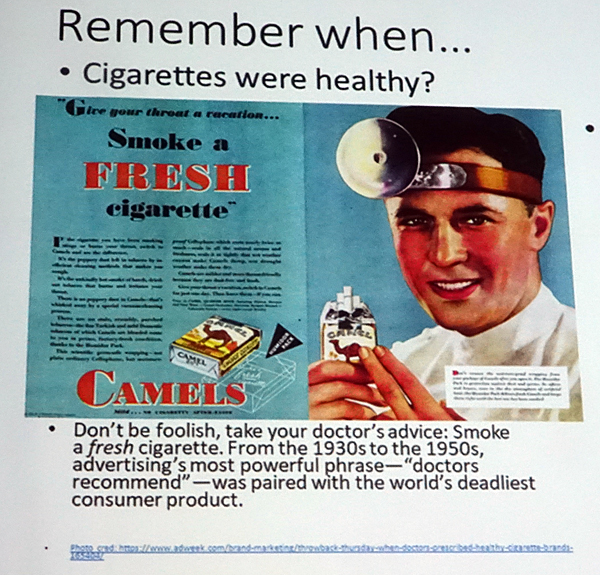 Polley asked if we can learn from out past mistakes. Moller had a slide that points out a past mistake regarding cigarettes. 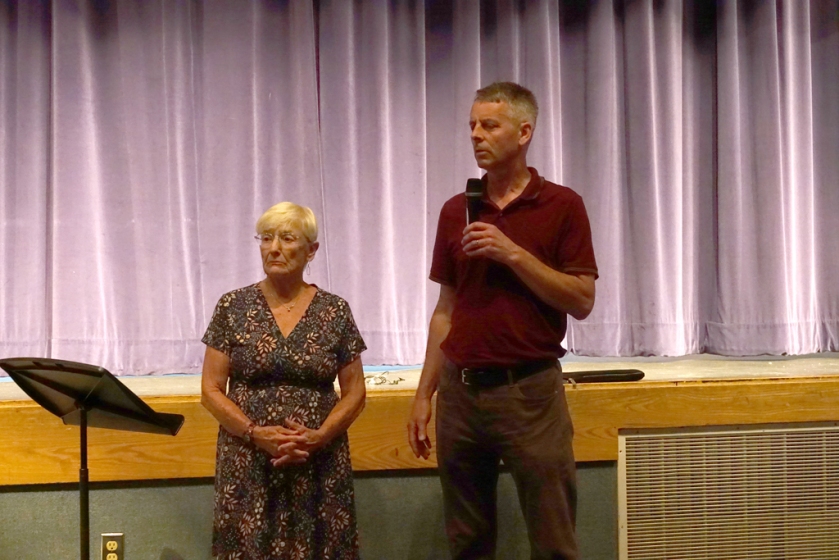 Museum director Ron McGaughey and board member Jane Loyd came to the 5G meeting to listen and learn. The museum rents the roof top space to telecommunication companies.

Museum director, Ron McGaughey and board member Jane Loyd, said they had come to listen and learn about the concerns. “We are open to listening to your concerns,” said Loyd. “I did not know about the towers.”  T-Mobile is a renter and according to McGaughey can use the top of the roof for whatever purpose they want. “We don’t have control over what they do,” said McGaughey.

Dr. Nate Moller presented his research into the potential dangers of 5G technology.

Dr. Nate Mollar, a local chiropractor, has done a lot of research on 5G technology and presented a slide show to the attendees. “Faster is always right… NO,” he quipped.

“Kids are using their cell phones 24/7 and we won’t know the long term effects for 20 years,” said Moller. “They (telecommunications companies) are just pushing it forward and sacrificing our health. This is real,” he stated. “5G is like playing with fire.”

His research shows that 50% of our population will die of degenerative brain disease directly related to microwaves. The number of autistic children increases every five years.

Moller pointed out that there will be an antenna every block and with 5G, 90 billion electromagnetic waves will hit every person.

The military is using these frequencies as a biological weapon. The FCC is saying they are harmless. “Who’s lying,” asks Moller.

The human nervous system is most sensitive to EMF and exposure creates Anxiety, Depression, Autism and Alzhemiers, along with causing cancer and reproductive problems.

According to Moller’s research, 5G will provide great advancements in telecommunications, but at what cost. The telecommunications industry is more well funded than the Pharmaceutical industry, and is just as powerful politically.

While it is true that not enough research has been done on the potential affects of 5G technology, it should be noted that Japan, and other countries in Europe have stopped the development of 5G technology because of health concerns.

Brogan Kelly promised more meetings on this issue and also promised to get the word out to the community so they can attend.

If you are interested in 5G, Moller provided a number of unbiased research websites available here: