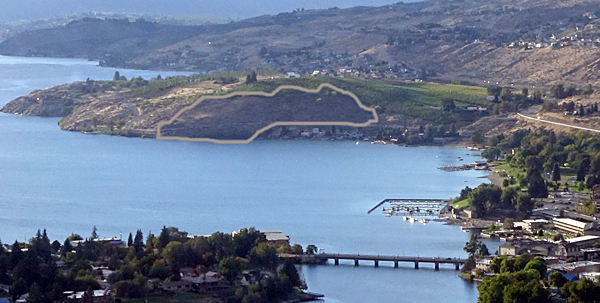 The property outlined in the above aerial photography is for sale and the City of Chelan City Council voted 4-2 to execute a Sales and Purchase Agreement for 120 days so they can conduct due diligence on whether to purchase the $400,000 piece.

“This piece came to the City some months ago,” said City Administrator Mike Jackson at the opening of a public hearing on the potential purchase by the City of Spader Bay property just to the west of and above the Spader Bay residencial area. “Everybody has talked about morel lake access.” 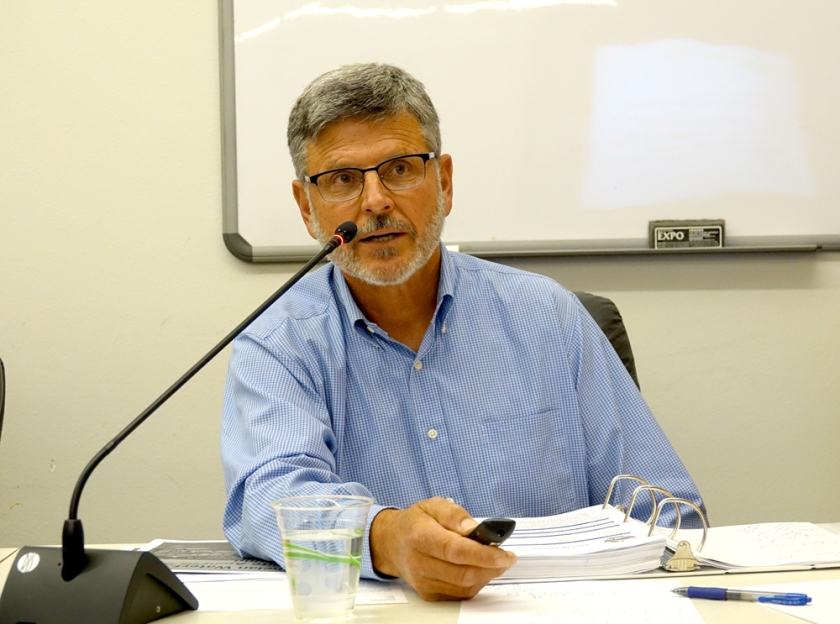 The property in question is a 9.8 acre landlocked parcel owned by Linda Evans-Parlette and her sister Terry. It is the last piece of the old Ray (Toad) O’Neal orchard land. The land was brought forward by realtor Guy Evans, who represents the owners, to see if the City might be interested in purchasing the property for a potential recreational site with lake access.

Jackson remarked that the property is a part of a much larger project to investigate eight potential public access sites. The City has hired J.A. Brennan and Associates to inventory all potential water access sites and to provide the City with conceptual plans on how they can be utilized for the public’s good.

The agenda bill to be considered by the City Council was to authorize the Mayor to finalize and execute a Purchase and Sale Agreement for the Spader Bay property. 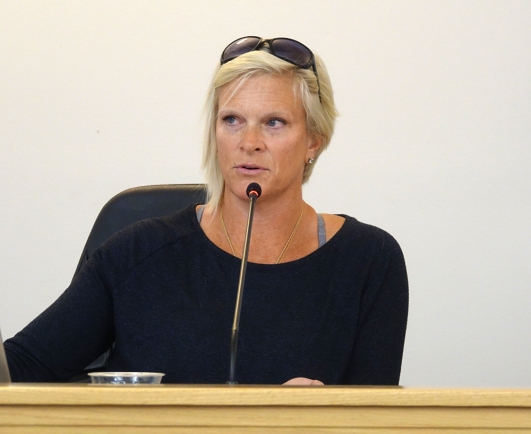 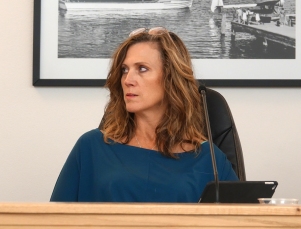 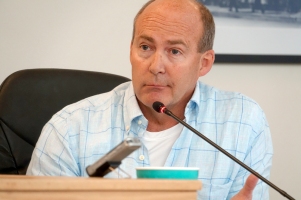 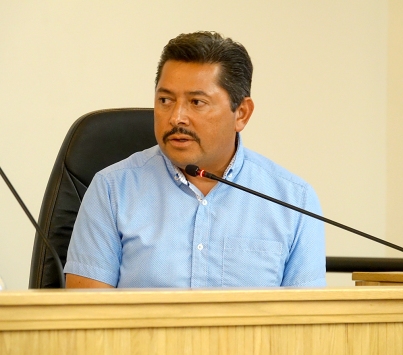 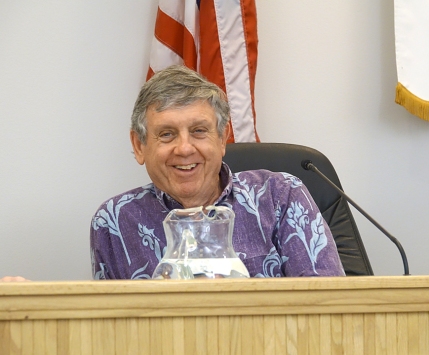 Councilmembers Erin McCardle, Kelly Allen, Ty Witt, Servando Rebelo and Ray Dobbs all had comments and questions regarding the purchase of the proposed Spader Bay property.

Before opening the meeting for public comment, the Council discussed the issue. Councilman Ray Dobbs and Councilwoman Wendy Isenhart both want to make sure that the issue would come back to Council for a final decision on the purchase of the property.

Jackson went on the record and said that he and Mayor could go forward, but the property purchase would come back to the Council after a 90 day due diligence period and Brennan’s conceptual assessment of the property.

Councilwoman Erin McCardle asked if a public workshop would be held to evaluate the property and other properties identified.  “There are three to five other sites that have a lot better access for the community,” she said.

Jackson replied that the City can also extend the 90 day period. He also stated that without an agreement it opens the sale of the land to other potential purchasers like Vin du Lac and the Lookout, or others.

“If we move forward with Spader Bay, it will include a concept plan,” said Jackson. Councilman Ray Dobbs asked who picked the 90 day period. City attorney Clinton Batjer replied that he did and that 90 days was normal.

McCardle asked what kind of parking would be available, what the additional costs might be, and what legal issues is the City going to run into.

Councilman Ty Witt said the Council has visited this discussion on five different occasions and wants to make sure that the public has an opportunity to weigh in on the property.

Jackson said they could extend to 120 days which would give Brennan plenty of time to get the conceptual plan together on Spader Bay. Councilman Servando Robledo said, “Before we do anything, we need to make sure the public is well informed.”

McCardle remarked that the public is tired of over development and has clearly said to keep space open. “We hear this over and over and over,” she said. “Keep land open without homes.” She added that the City would be remiss to not look at this as a need. “We don’t have enough information yet.”

Planning director Craig Gildroy told the Council that the Spader Bay property was a Single Family Residential are for up to 38 homes. “There is potential development and does meet our current public access code.”

Mayor Mike Cooney added that the City is doing what people have asked it to do. “It is not a done deal and there is no agenda here.” Cooney then opened the discussion to public comment.

Social media and local media outlets got the word out to the public that the Spader Bay property was on the Council’s agenda. The Council Chambers was filled to near capacity with concerned residents. 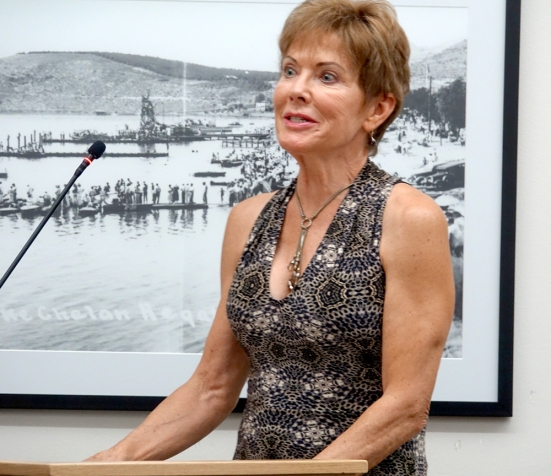 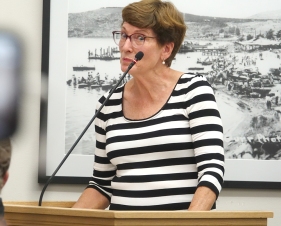 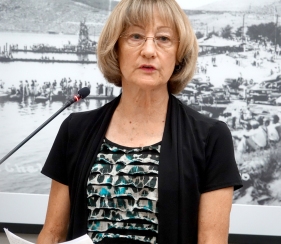 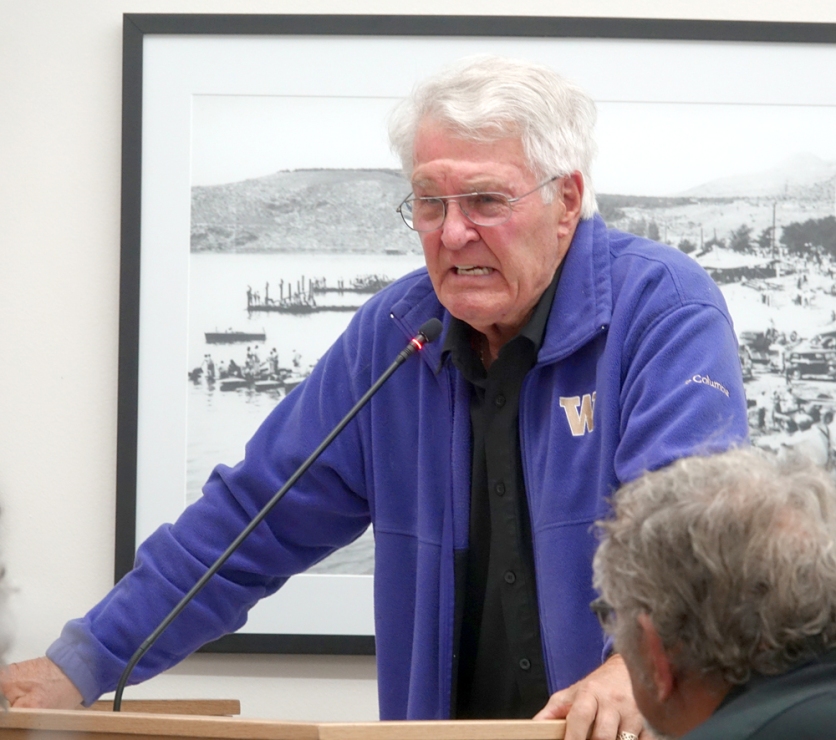 Spader Bay residents, Alice Thompson, Connie Cooper Smith, Anita Rutter and Mitch Thompson are against the City purchasing the Spader Bay property and recited many reasons why the City would be remiss if they did so.

Alice Thompson, a Spader Bay resident, was the first to address the Council. She stated that the  and property was steep, rocky and had no beach when the Lake was full. “It does not have deeded access,” she said. “It can’t accommodate traffic. Do the citizens of Chelan want to spend $1 million on this property,” she asked. “The cost of the project is too high and it would become an albatross for the City.”

Thompson went on to state that the City has other issues it should be addressing. “If you want lake access this isn’t it. If you want a view property for $1 million…

Anita Rutter stated that the Spader Bay Road is private and maintained by the residents. She was also worried about soil contamination and the fact that the area has a resident deer herd.” She urged the Council to look at other needs in the City like road improvements.

Mitch Thompson stated that $400,000 to purchase and another $600,000 to develop would added a tremendous debt load to the City over a 20 year period. “It’s a considerable obligation to take on,” he added. He also said that law enforcement would be an issue along with necessary infrastructure like bathrooms, water and sewer.

The concerns went on and on. John Olson, a candidate for City Council, stated that lake access is an issue that comes up time after time. He mentioned that Wenatchee, Brewster and Pateros all have lake access and that six acres (the Three Fingers) has been sitting fallow since he was in grade school. He urged the City to look at the potential condemning that property and stated that Goodfellow Brothers now have a pre-application in to construct 50 condominiums on the Fingers and the hillside south of Hwy. 97A. “Steve Wright, past CEO of the PUD stated that they needed to do the greatest good for the greatest number of people,” quipped Olson. 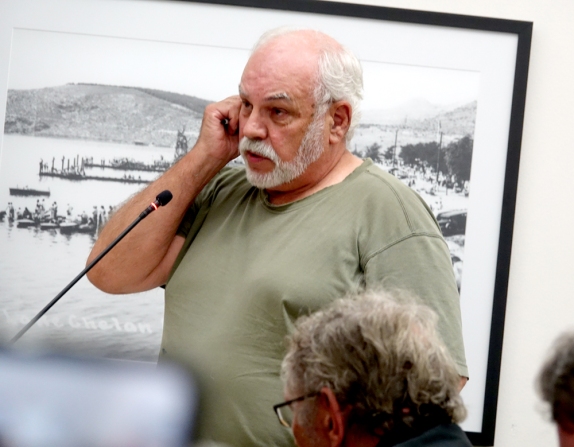 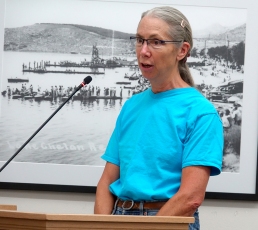 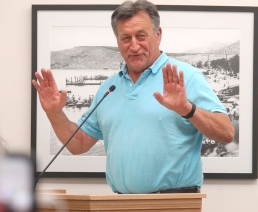 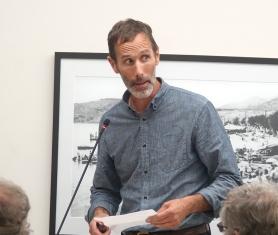 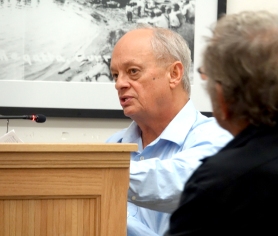 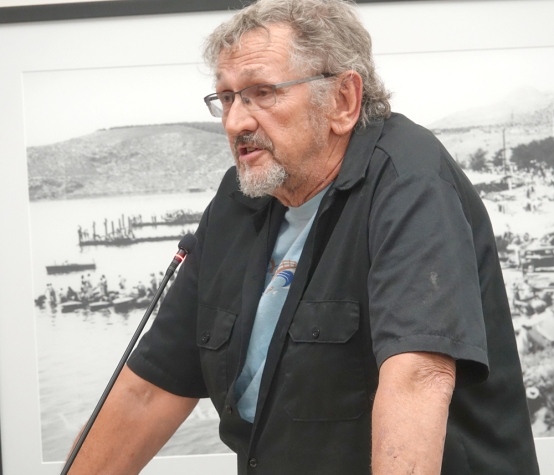 Evie Hirschberger, who lives across the lake from the Spader Bay property stated that the City has better options and other ways to secure public access to the lake.

Past Councilmember Skip Morehouse stated that he felt the concern of the Spader Bay residents. “The whole idea of a Sales and Purchase Agreement is a rush. A trail would take significant work and would not be necessarily safe.” He stated that the City’s liability would be huge.

Realtor Guy Evans who is representing his mother and her sister with the property said that his observation would be a trail through the Spader Bay property could be good access to the Northshore Pathway. “I know it’s not everyone’s recreational goal,” said Evans. He admitted that development of the property would be very challenging.

Evans said that if the City didn’t purchase the property it would probably be purchased by a developer. “People who move dirt could make 14 home sites on the property,” he said.

Councilman Ty Witt said, “This site will be build on if we don’t tie it up.

Stan Morse said the City has so many needs including a maintenance problem.

Mayoral candidate Bob Goedde said, “I think instead of buying this, we need to look at other places that have more benefit.”

McCardle asked Jackson why the City couldn’t evaluate the property without a Sales and Purchase Agreement. Councilwoman Kelly Allen said that she hoped that everyone understood that on a small portion of the community was in attendance at the meeting. She thinks it is important to get the entire community’s input, not just the Spader Bay input.

Witt suggested just purchasing the land and leaving it as it is. “It was interesting to me to see all the hands go up that would rather see 13 to 14 homes on that property. If we don’t act it won’t stay that way. We know the land is worth it… lots are going for $100,000 in the valley.

Mayor Cooney, prior to a vote on the Sales and Purchase Agreement, said, “Being on the Council is a thankless job. I don’t see any consensus. The people in the community talk about how horrible the Lookout is. We have the neighborhood here tonight, not the whole community.”

The Council voted 4-2 to authorize the Mayor to execute the Sales and Purchase Agreement with a 120 day window to make a final decision. Erin McCardle and Ray Dobbs were the two who voted Nay. Tim Hollingsworth had an excused absence from the meeting.

The City will wait for the Conceptual Plan from J.A. Brennan and Associates and present that to the Community for more public input. 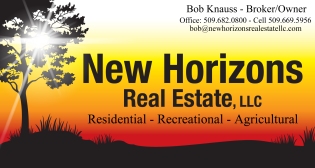 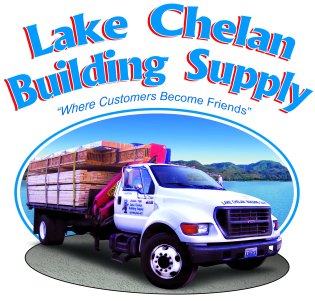