Chelan Fire & Rescue’s scheduled fire commission meeting had a number of issues to address before the new year including the passage of the 2020 budget, swearing in Karyl Oules as the commissioner to replace Jay Witherbee’s slot he abandoned several months ago. 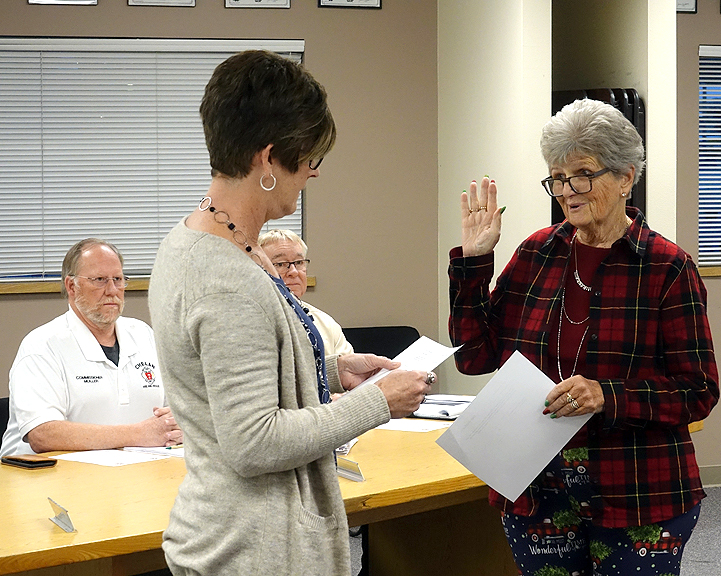 The first item of business after sitting Oules was to nominate Phil Moller as chairman of the board. He accepted this nomination and will take over the position in January.

Administrative Assistant Carol Kibler was nominated again as the secretary of the board and she accepted the nomination.

Commissioner Phil Moller was nominated and accepted the position of Chairman on the Chelan Fire District #7 board.

Chief Mark Donnell explained that he only had October’s financials and hopes to have both November and December financials ready for the January meeting.

Donnell also reported that all of the capital projects that had been budgeted for 2019 have been completed including getting water to Station 75.

Donnell reported that the District responded to 62 calls in November including the House fire in Manson and a garage fire in Union Valley. He also remarked on the Beebe Bridge accident that ended with a child being airlifted to Wenatchee.

Commissioner Moller asked if he has heard what her condition is and Donnell replied he didn’t, but would check.

There were two accidents near Station 75, one of which knocked the power box off of its block. “The driver of the vehicle has taken car of the repairs,” said Donnell. The other accident was a driver who hit his accelerator instead of his brakes. “There was one individual seriously injured,” said Donnell.

Station 71 continues to get out of the fire station in record time. E71 is down to 1:39 and R71 is down to 1:33. The average out of the station time is 2:52 reported Donnell. T75 has a timeout time of 8:30, but Donnell explained that is because it is an all volunteer station which means the volunteers are coming from home or work. “The national average is 9 minutes for Volunteer Districts,” said Donnell.

Donnell said call volumes are typically slower this time of year. “Fortunately, we have had no significant fire losses this November.”

However, Donnell reported that the District has had some significant facility issues. The heat system at Station 75 is out and it is now being heated with space heaters until a new system can be installed. “We have had nothing but issue over the past five years,” said Donnell. It will cost $7,500’s to replace the heating elements and Donnell added, “We might have to replace the system and use a PUD rebate program.” The space heaters are keeping the station at a cool 58 degrees and down to 50 degrees on colder days/nights.

At Station 73, someone knocked off the electronic panel at the post. “It wasn’t from snowplowing,” said Donnell. “There was signs of people doing donuts. We’ve reported it to the Chelan County Sheriff’s office and filed with our insurance.”

Pateros has offered $500 for the 71 chassis and Donnell said the District should accept that offer because up until Pateros’ offer, there had been no offers forthcoming.

He stated that all of the vendors who attended this year’s fair have agreed to come back next year. The District is working on the development of a Public Information Team (PIO) including the use of social media.

The District has applied for a 2019 DNR Phase II grant for $12,000, but that is a matching grant, so the District would have to match the $12,000. If it is obtained it would be used to replace a wildland fire truck 6X6 chassis.

He has talked to Chiefs Oatey and Asher and hopes to get Chief Arnold Baker to come along for equipment replacement. “If it is a regional effort, it has a better chance,” said Donnell.

Asher reported that four new recruits have signed on including in Entiat and Orondo. He also reported that he is currently cleaning up staff roster. Five volunteers have been removed from the roster because they can’t commit. One is leaving for Everett Fire Department.

Asher has instigated a new program for those “Out-Of-Area” firefighters who have been coming to Chelan to work shifts. “I am requiring that that agree to work four shifts of 4/12s,” said Asher. These personnel come from Wenatchee and East Wenatchee.

Only one shift is covered for December and none for January, reported Asher. “We see that improving.”

The Chelan Fire Academy is becoming more regional in scope with five agencies participating. “We hopefully will get some help from these agencies with instruction,” said Asher.

“A lot of things happening over the last month,” said Crandall. The association has given $1,000 to Chelan Valley Thrive. They also give a $500 Walmart gift certificate for kids to go shopping with first responders. “The Sheriff’s Department was also involved.”

The Washington Association of Businesses of Olympia gave the Association $1,000 and toys to Chelan Fire & Rescue. “We gave that money and gifts to Chelan Valley Thrive,” said Crandall.

Moller said he would like to see the District build on its Recruit Academy.

Jones remarked that the Sheriff’s Department is pleased with the Chelan Fire & Rescue boat and its ability to respond to events on the water. Moller added that it is a perfect opportunity to work with the District’s partners. Jones ended the meeting with a remark that the District now has a resource that will be called upon.

Karyl Oules thanked everyone for their support in the recent election. 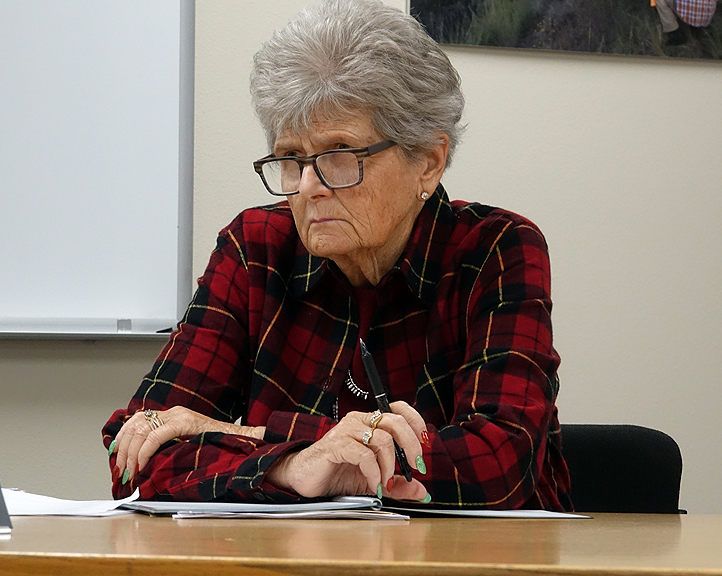 She also remarked that she had heard that Shawn Sherman did an incredible job at the bridge accident.

“I want to hear from people,” said Oules. People who want to reach out, can contact Karyl through the department and/or her Facebook page. “I’m meeting with a group of people to listen,” she said.