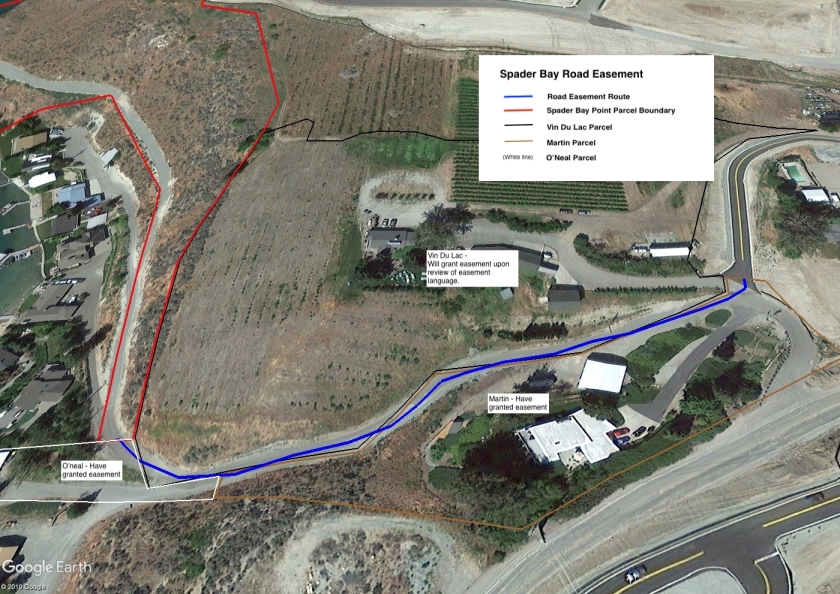 The Blue Line is the proposed easement access to the Spader Bay Property.

Spader Bay was back on the City Council agenda on Tuesday evening, January 28, with two alternatives in front of City Council. With the 90 day due diligence period coming to an end on February 4, the Council was asked by the Seller to extend the period of the Bargain and Sale Agreement for another 90 days to allow the seller an opportunity to continue negotiations with Larry Lehmbecker on access to the property.

The other alternative was to terminate the Bargain and Sale Agreement for failure to secure an appropriate easement to the property.

City Attorney Quentin Batjer told the Council that the City had been unsuccessful in an effort to attain easement access. He turned the discussion over to Guy Evans, the seller’s real estate representative.

City Attorney Quentin Batjer has been working on the legal aspects
of the proposed Spader Bay Property purchase.

Evans said, “We need more time for clarification. I have been working with Larry Lehmbecker.” Lehmbecker is not adamant against granting an easement, but Evans said that he is not in a position to say Yes or No at this time. Lehmbecker would like the City or Seller to hire a landscape architect to help with the issue.

Guy Evans, the seller’s representative explained the reasons why he needed another 90 days to help secure an easement to the Spader Bay Property.

Erin McCardle asked if there was any parking involved in the easement. Evans replied that the concept was for walk-in or ride in only. Ray Dobbs asked about emergency access, which would or could be provide along the easement road.

Ty Witt is a proponent of purchasing the Spader Bay Property.

Ty Witt, who is a proponent for the purchase said, “It seems we are making progress,” and suggested that if the Council felt that what has been proposed is adequate, to go ahead and purchase the property. Dobbs replied, “I would not be interested in approving tonight without the easements in place.”

Tim Hollingsworth is a proponent of purchasing the Spader Bay property.

Tim Hollingsworth, also a proponent to purchase the property said he would like to see the extension granted for the Seller to continue to work on access. “Overtime we can improve that to make it better,” said Hollingsworth.

The other issue would be to improve the functionality at the top end of the easement. Interim Administrator Wade Ferris stated that he had already talked to Public Works Director Jake Youngren about this issue. Youngren said a local contractor looked at the potential project and said it would take four to five days and an estimated $20,000.

Guy Evans suggested that an open house in the Spring would give the community a better idea of what is there (on the property). He also said that if the extension isn’t approved the property would go back on the market.

Witt said he saw value in owning the property. He is worried that if the City doesn’t purchase the property, it will be developed. “To stop any development, we need to own it,” stated Witt. “There is a value to own it.”

McCardle pondered whether the City would have a new Public Space or a Preservation Space.

Mayor Pro Tem Erin McCardle asked whether the property
would be a public space or a preservation space.

Peter Jamtgaard weighed in and stated that access needs to be attained and in writing. “As long as we have an easement, it is a good investment. We don’t need to open it up to the public yet.”

During Council Comments, John Olson, who heard many negative comments on purchasing the property during his campaign said he has seen a two-point shift on the property. “It is hard to find people in support,” said Olson.

Ray Dobbs wants to make sure the community is on board with the purchase of Spader Bay.

The Council unanimously gave the Seller another 90 days to continue efforts to secure an easement. 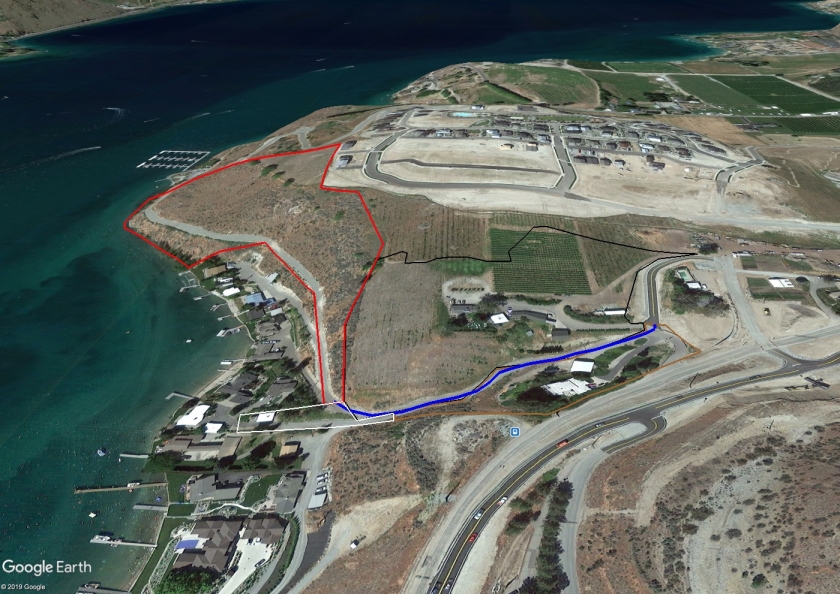 Jake Youngren brought up the main waterline break that happened on Hwy 150 adjacent to the Lakeshore RV Park and Highland Avenue. The City worked late into the night to repair the break, but Youngren said it is only a patch. “We band-aided it,” said Youngren. “We will go back in April.”

Youngren said there was some substantial work to do and there will be a definite cost for the repairs in the future. In the meantime, the City is going to leave the excavation spot in gravel until the weather allows a permanent patch and “We can make it a part of the Highway again.”

City Administrator Wade Ferris said he has met with 10 employees and is impressed with the professionalism. “I’m enjoying myself and getting up to speed.”

The City Council meets every second and fourth Tuesday at 6 p.m. and the public is encouraged to attend. There is an opportunity to Citizens to make comments on issues not on the City’s meeting agenda.