The Lake Chelan Community Hospital continue to struggle financially. It has seen a seven percent drop in revenue over the 2018 revenue which has resulted in a net loss of $1,761,852 over 2019.

CFO Mike Ellis discusses December’s financials with the board.

One of the primary reasons for these losses is the lower patient days logged at the hospital along with the loss of doctors and staff over the year. Visits to the Clinic are also down, but Emergency Department visits are up.

“Volume is the major issue we have,” Ellis told the Commissioners. “Cash is on the low side. We have cash locked up in Accounts Receivable.” Ellis remarked that the hospital did better in December and seems to be making progress in January. “We have $3 million locked up in A/R,” he said. This has created a situation where the hospital is not paying bills immediately.

The Hospital’s new CEO, George Rohrich, was on the agenda to report on the Hospital’s Business Plan (a 2020 Pillars Update), but told the board that he didn’t have a report yet. “My apologies. We will get there.” Rohrich is still getting his feet on the ground.

He then asked the board to approve a contract with DNV Healthcare. DNV is an international company that provides quality driven accreditation and clinical excellence certifications for hospitals.

“Medical errors are costing billions of dollars,” said Rohrich. He said that DNV would help the hospital with Medicare payments and other medical issues. “It comes with a cost,” stated Rohrich. The first year will cost the hospital $26,200. “Ultimately, they would help us achieve high quality for our patients.”

The Board unanimously approved this contract.

Rohrich then asked the board to approve a contract with the Studer Group which is a global advisory firm that helps develop strategies and solutions for health care institutions to fulfill their mission while creating sustainable growth.

Rohrich said the company would increase accountability with the staff. “Times are hard in our hospital,” said Rohrich. “I think we have to spend some money,” Rohrich told the board. He believes that a partnership with Studer will accomplish better results for the hospital.

“These are investments,” stated Rohrich. “We expect returns.” The board unanimously accepted his recommendation to hire Studer at a cost of $67,384 per year for three years ($202,152 total). There was no pushback on this contract. Mary Signorelli said,” You mean we have to spend money to make money?”

The Hospital is suffering financially from low patient volumes and high accounts receivables. Over the past year, under CEO Steve Patonai, the hospital had an exodus of approximately 75 staff members and doctors which has led to an exodus of patients to other facilities like Columbia Valley. Rohrich, as the new CEO, has to reverse that situation and bring patients back to the hospital. He is a firm believer that the Studer partnership will help accomplish those goals. 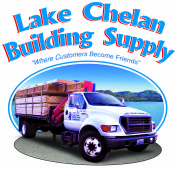 Despite the Hospital’s ills, the construction of the new hospital is moving forward. Project Manager Dick Bratton gave a construction update. He reported that the Design Development has been completed and asked the board to expedite the budget to move forward with the working drawings so construction can begin in the spring.

He reported that during the design development effort, they found another 940 square feet of space by changing several corridors inside the hospital. Rohrich said, “I wish we had more square footage to have all of or entities at the hospital, but that is not possible.”

The hospital and contractors are working very diligently with the Naumes Group and the City of Chelan to secure the necessary permits. They have developed a preliminary traffic plan that the City has reviewed. Bratton said Naumes is reviewing the plan and when approved by them, the traffic plan will be forwarded to the City for final approval.

Commissioner Mary Murphy said that design is critically important for the community. “I know we are going to build a hospital, but I don’t want it to be obsolete when it is finished.”

The Board unanimously approved moving forward with construction drawings to the Construction company can line up sub-contractors before the summer building season makes contracts difficult to obtain.

Construction of the new Hospital which is scheduled to break ground in the Spring will not be impacted by the hospital’s operating finances.

Board Chairwoman Phyliss Gleasman swore in board members Fred Miller and Jordana LaPorte to a new two year term at the Tuesday meeting.

Mary Signorelli proposed that all of the officers stay the same to keep continuity. This was unanimously approved.

EMS Director Ray Eickmeyer reported that he would be coming to the board with a plan to run a new EMS Levy next year.

EMS Director Ray Eickmeyer reported that he is proud of the investment in EMS services over the past 10 years. “There is no one better than us,” exclaimed Eickmeyer. “We have a lot of collaboration. We don’t do this alone.” He pointed out Manson Fire Chief Arnold Baker and the Manson Fire Department’s help.

Eickmeyer said that out of 29 grant requests, EMS has been successful with 26 of them. The most recent success will allow the EMS to secure a new ambulance.

Eickmeyer told the board that by the next commission meeting he will have a recommendation for the next EMS Levy request which they are thinking about running during April of next year.

Rohrich added that Eickmeyer should bring the cost of the levy to the public and for how long it will run.

During the public comment period on resident said she had heard a number of complaints about Clinic patients having to come to the hospital to have lab work done.