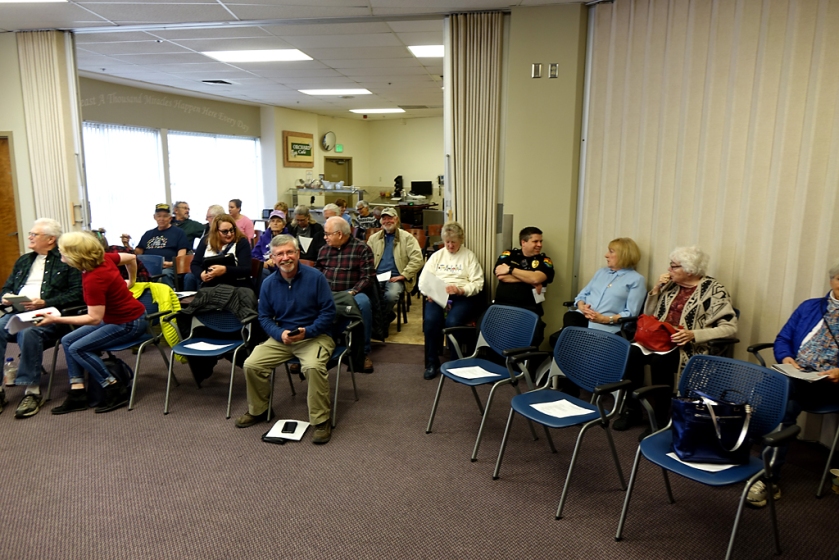 The hospital had to open its board room up to accommodate the estimated crowd of concerned residents that attended Tuesday’s meeting.

As expected the Lake Chelan Community Hospital Board of Commissioners voted unanimously to delay the new hospital construction project for six months while the hospital struggles to build its volume and revenue to a sustainable level so it could reliably pay the mortgage of approximately $100,000 per month.

CEO  George Rohrich stated to the well attended meeting (approximately 40 residents) that the hospital has the funds to build the new hospital, but not the funds to pay the debt service. “I want to reassure the commission that all of the funds from the levies and bond are in the County treasury and every penny is accounted for.” 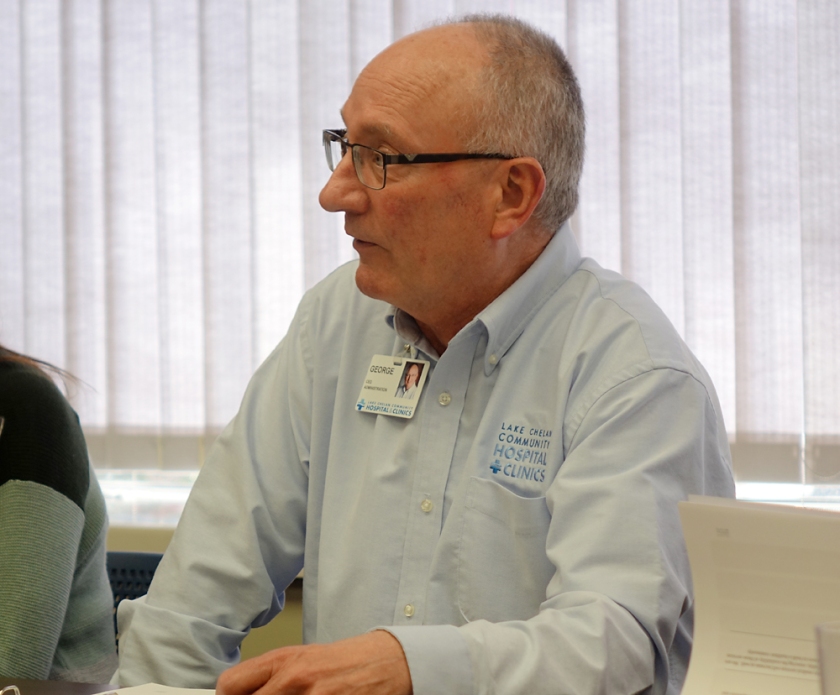 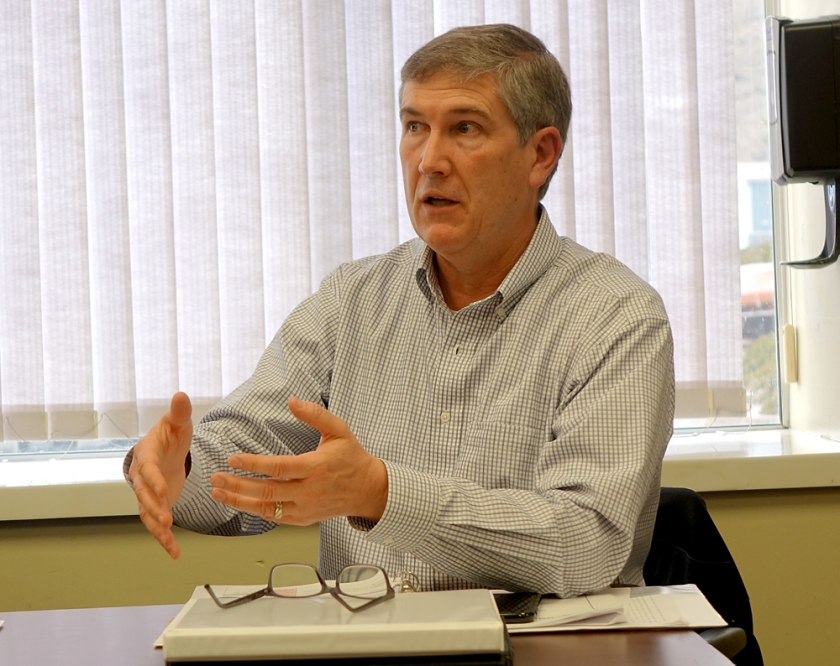 Rohrich and Chief Financial Officer Mike Ellis contacted the USDA to find out if a pause in the project is even possible and reported that it is. “The period that our financing is guaranteed for is five years from the issuance,” said Rohrich. “It was issued on September 2018 so we have five years from then before we have to ask for an extension.”

They also went to the hospital’s contracted design and delivery team and asked them to project the expenses if they delayed with no changes or minor changes. The cost of pausing the project for six months to a year would add between $187,000 to $199,000. With minor changes that cost would escalate to $1.18 million to $1.2 million dollars. A one year delay with major changes would cost an additional $2.27 million to $2.27 million dollars. “It was a good research effort by our design and delivery team,” said Rohrich. 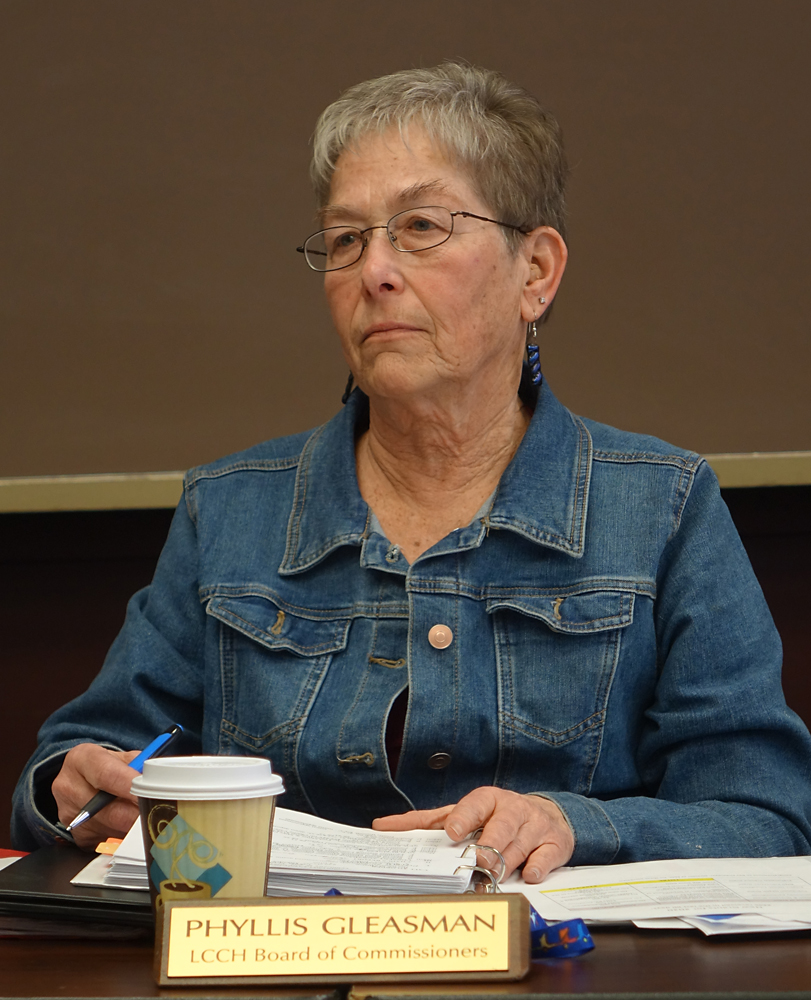 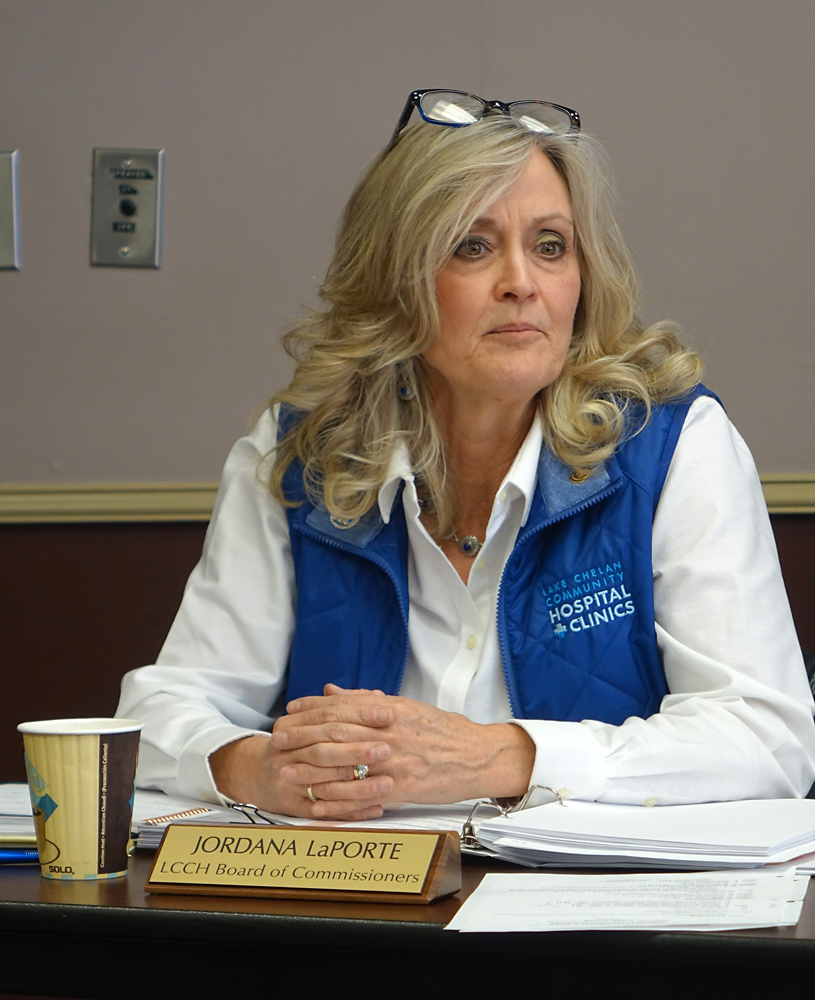 Commissioner Jordana LaPorte called for a delay in construction of the new hospital until the hospital was on better financial ground.

Jordana LaPorte asked if the hospital was reduced another 10,000 square feet, it would obviously bring the costs down. Chief Finance Officer Mike Ellis said, “We don’t have the money to change it, so we aren’t even discussing it.” 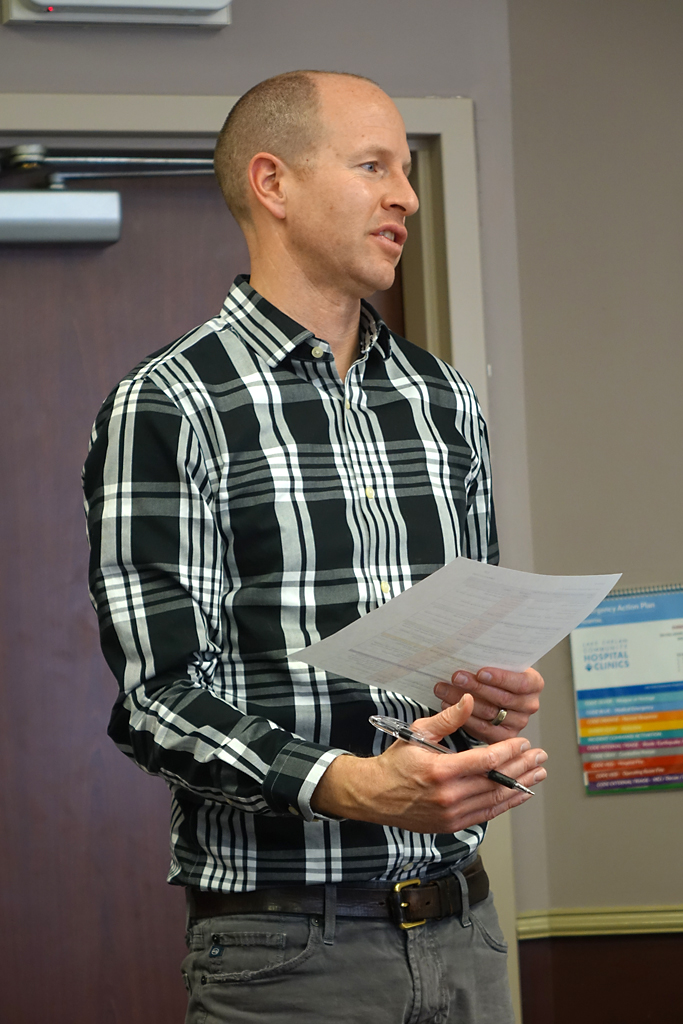 Craig Shelby explained to the board how much it might cost if the hospital is delayed.

The contractor’s representative, Craig Shelby remarked that a year’s pause would increase construction costs four percent based on inflation for materials. He also said that requesting subcontract bids would be best accomplished in January because it is winter. “It is hard to speculate,” he stated.

Rohrich remarked that the consultants the hospital is contracting for could help the facility quickly turn the financial corner so it can afford the $100,000 per month for debt payments.

CFO Mike Ellis said, “I have an abundance of prudence. I believe it would be a wise decision to delay, not a full year, but enough time to prepare for a very big project. My advice is that it would be wise to delay up to six months.”

LaPorte stated that the hospital needs to see an actual improvement of the cash flow prior to taking on the debt service. “If our cash flow doesn’t improve, we can’t pay for it. I am not in favor of stopping, but I am in favor of pausing at this time.”

Mary Signorelli said she wasn’t ready to make a decision on delaying the construction. “We are having a discussion, right. It is not a rush” Fred Miller agreed with LaPorte.

Mary Murphy stated that if you can’t write a check and if there is nothing in your savings account it would be foolish to move forward. “I feel compelled with public dollars to be responsible with these dollars. We have no assurances,” she said. 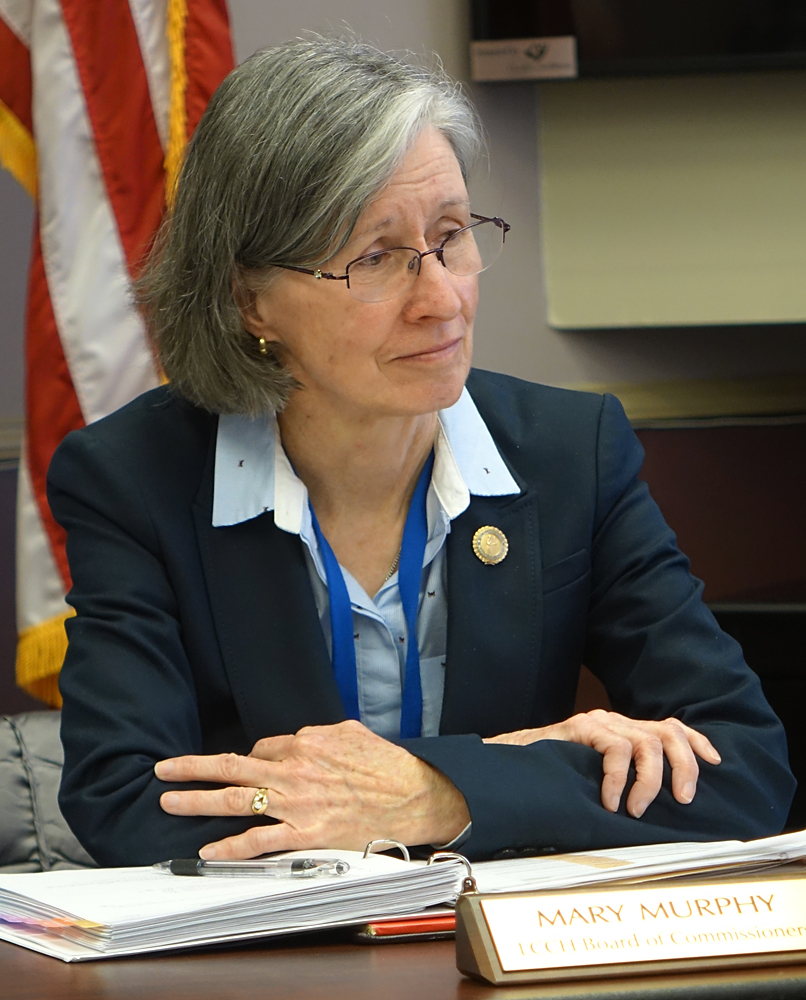 Murphy went on the remark that with the changes in the health care industry all rural hospitals were having a hard time. She doesn’t see the hospital recapturing and filling the beds that the hospital had five to six years ago. “What I see is a movement toward outpatient services. If there is a pause, addressing the right size of the facility that is going to take us 10 years into the future is important, so I have concerns.”

Rohrich said that the hospital will be at a higher risk if it doesn’t get help. He reiterated that the money is protected and can only be used to build the new facility. “The patients will receive the same care tomorrow as they received today, and in a year they will receive it in a more beautiful facility.”

The motion to pause construction and design for six months and then re-evaluate where the financial situation is was passed unanimously.

At its last meeting in January, EMS Director Ray Eickmeyer told the board that the services levy was expiring at the end of the year and they needed to prepare to run a new levy to continue EMS services in the Valley. 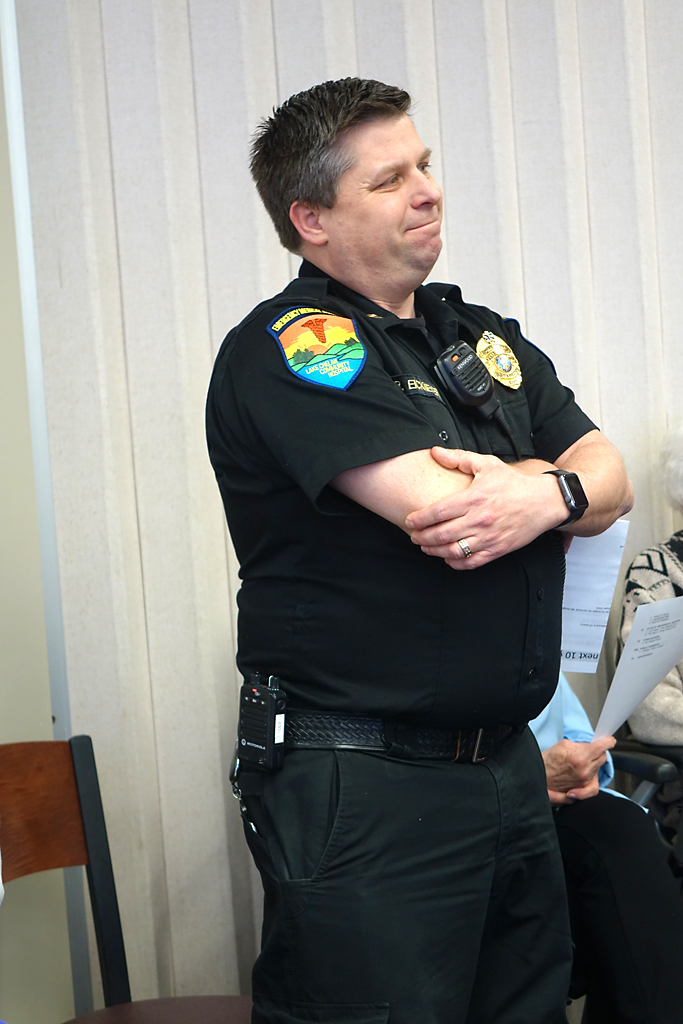 EMS Director Ray Eickmeyer requested that the board consider a proposal for a new replacement levy in August with an 8 cent per $1,000 increase
to $.39 cents per thousand for a 10 year period.

“We have not changed our staffing, but we have a few things that are concerning,” said Eickmeyer. “We have one ambulance that is 26 years old and we can’t even buy parts for it anymore. It’s not something I’m comfortable with.”

Eickmeyer stated that EMS is fiscally conservative and wants to increase the levy amount by eight cents to 39 cents per thousand of assessed value. “There is no other agency in the State that I can find that is less than 50 cents per thousand. I think I am the least expensive agency in the whole State of Washington,” said Eickmeyer.

With four ambulances that are 26, 20, 14 and 10 years old and will eventually have to be replaced, Eickmeyer said, “Four ambulances is not cheap.” Gleasman asked how much an ambulance costs. Eickmeyer replied, “$200,000.”

“We’ve put a lot of money into serving the community. The current funding we have now pays for the complete service, but we just don’t have money left over to replace capital equipment,” Eickmeyer told the board.Rohrich added that the biggest change to ambulance services is inside the box (ambulance). “It used to be pretty straight forward. It’s all digital now and it doesn’t take long for it to become obsolete. We can’t be cheap about this… we must have a quality service.”

A resolution to put forward a new levy will be brought to the board at its next meeting.

At the beginning of the meeting the Lake Chelan Health and Wellness Foundation presented the board with a check for $67,384 to cover the first year of the Studer Group Leadership Training. 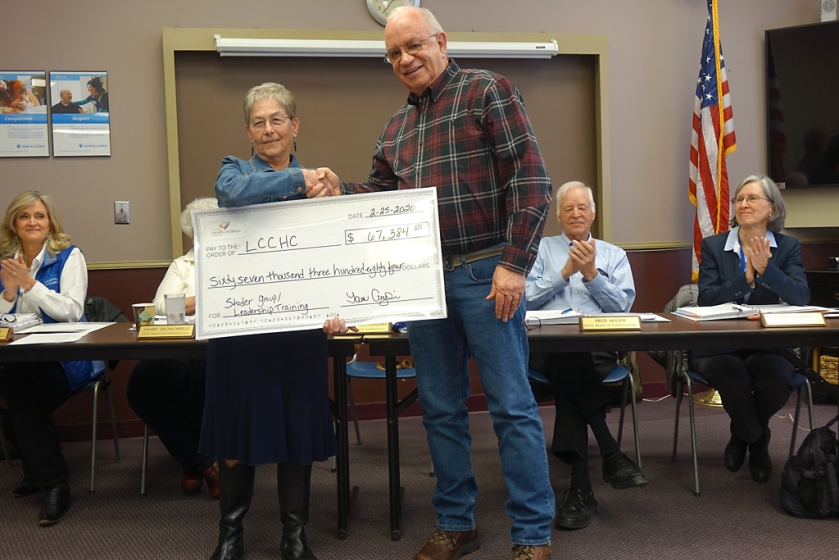 The Lake Chelan Health and Wellness Foundation presented the Hospital with a $67,384 check to cover the first year of Studer Group’s Leadership Training Program

The Board unanimously passed a new Business Plan for 2020 based on the six pillars that were developed at a strategic retreat in 2018. Rohrich developed a new format for the plan that includes items he hopes will make the hospital better.

The Board discussed the proposal by QHR (Quorum Health Resources) to help improve their financial situation and look at compliance issues. “What we expect is that they will show us the way to achieve the best results,” said Rohrich. “We are already making progress.” He said the key is that the hospital can achieve these things but that it might take longer.

“We would like to achieve profitability tomorrow, but that’s talking silly,” stated Rohrich. “It’s going to take awhile to get this boat turned around.”

At the beginning of the meeting, Jim Wall asked if there was a plan in place to deal with Corona virus in the community. Eichmeyer replied that the EMS is following the State of Washington Department of Health for updates with what is going on. He also remarked that the department has N95 Masks (antiviral masks) available for every person in the community if necessary.

Dr. Ty Witt commented at the end of the meeting and applauded the board’s decision to pause the hospital construction, but went on to say that he had put his heart and soul into getting the bond passed.

However, Witt had some harsh words to say about the financial state of the hospital and laid blame on past CEO Steve Patonai for not working on quality or patient satisfaction, but trying to be in the top 10 percent in the State of Washington. “We lost five wonderful providers,” said Witt. His concern is that the hospital could lose its supporters and noted that there are a number of naysayers out there. “It looks like we are heading in that direction.” 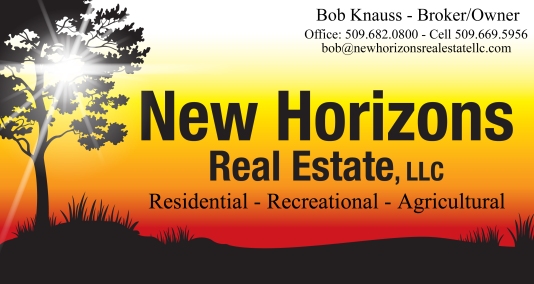 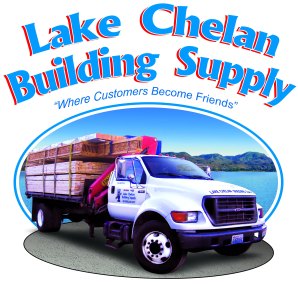 The next board meeting will take place on Tuesday, March 24 at 1:30 p.m. in the Hospital’s board room.