The big news at last Tuesday’s City Council meeting was Ray Dobb’s resignation from the Council. Ray and his wife are making a life change and moving to East Wenatchee where they have purchased a home. “We will be heading down by the end of September,” said Dobbs. “I have enjoyed doing this. It is an opportunity for somebody else to serve”

Councilmember Ray Dobbs has resigned his position effective at the end of September when he moves to East Wenatchee.

Mayor Bob Goedde said that the City will accept letters of intent from potential individuals to replace Dobbs on the Council. Goedde expects it to take two weeks to a month to find a replacement and depending on how many people are interested, Goedde said they would wheedle that down to the top three. “We are not going to replace you,” said Goedde. Dobbs had three more years to serve before his tenure was over or he was re-elected.

Whoever the Council selects to replace Dobbs, will occupy the seat for one of the three years remaining before facing the electorate. According to Goedde as of Monday morning, August 31, four individuals have so far thrown their name into the hat.

Dobbs also remarked that at the Port of Chelan County’s meeting that they had given away $4 million in small business loans during the pandemic so far. Cashmere ($93,000), Entiat ($35,000) and Wenatchee ($160,000) have all given some of the COVID CARES money to the Port to distribute.

The City of Chelan received $127,000 from the Government and Dobbs asked how much money the City has given the Port. Goedde replied that they haven’t given any funds because they are paying $10,000 a weekend for security at the parks.

Dobbs said he would like to see some of the CARES money go back to the small businesses in the community. “I don’t know that we’ve done enough,” said Dobbs. “We need to do something.”

John Olson told the Council that the STR (Short Term Rentals) debate is still going on at Chelan County. (Note: Since John’s Council comments, Chelan County has placed moratorium on STRs). Olson stated that Chelan County has a new Planning Director who is getting an assistant to help in the office along with two new planning positions. “They are moving (County) Code Enforcement to the Sheriff’s Office,” said Olson. Real estate is still booming in the County and Olson doesn’t see it going away.

He remarked during a telephone conversation on Monday, August 31, that Leavenworth is installing parking meters throughout town with the proceeds eventually going towards building a Parking Garage. 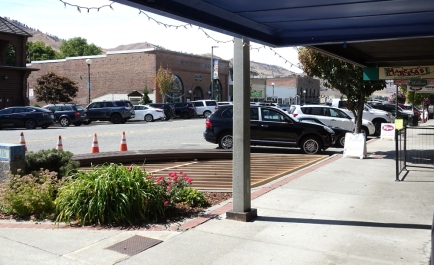 Outdoor seating areas for three restaurants are being installed this week with funding from the City’s CARES funds.

Erin McCardle told the Council that she was hoping to do the downtown outdoor seating for three restaurants. She also agreed with Dobbs on the $125,000 the City received in CARES funding. “I would love to see where that money is going,” stated McCardle. “We need to be prepared for a tough Fall.” She also would like to see a Fall cleanup in town with pressure washing on the sidewalks.

Ty Witt remarked that the weekend parking situation has gotten much better. He also remarked that while there have been some complaints, “nobody is going to like everything we do.”

Peter Jamtgaard said he was saddened by Dobb’s leaving the Council. “He has mentored me.” With regards to the bridge jumping, Jamtgaard said the City has a duty to do more to stop it. Goedde said more signage was going up and a $200 fine will be assessed to jumpers. 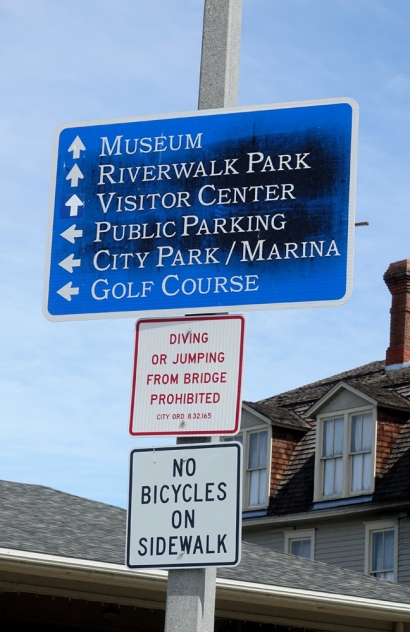 Geodde also said he had called the Washington Association of Cities to see if it would be permissible to install a boom under the bridge where jumping is taking place to protect lives. “They said absolutely not.”

With regards to outdoor seating, Goedde said that the 25% capacity facing restaurants is a tough go for them. “I’m not sure we are helping them with only two to three hours worth of business. It is almost to late in the season.”

Wade Ferris added that Public Works Director Jake Youngren has receive 10 signs to be place on all four corners of both the old and new bridge with one in the middle to help mitigate the jumping issue.

The Council approved an amendment change for the Tourist Accommodation Zoning District for cottage wineries. This amendment was recommended by the Chelan Planning Commission.

The Council approved reapplying for RCO Grants that were not awarded to the City for Lakeside Park improvements in 2018. Eleven projects were awarded with Chelan being an alternate at number 14 on the list. The hope is that these grants will be awarded. The Council matching funds in the amount of $331,596.

On Tuesday, September 1, the City will be holding a workshop beginning at 4 p.m. This meeting will be live-streamed on Lakechelannow.com