Justin Erickson, Managing Director of the PUD’s District Services, was on hand to present the PUD’s vision for a new Service Center. “We are looking at what the best long term value is for our customers,” said Erickson.

The PUD has purchased property at Olds Station and plans on moving its entire operation to that location. “It is large enough to consolidate all of our services in one location,” stated Erickson.

The decision to move out of its current headquarters in Wenatchee is seeking what is best for its customer/owners and its 800 employees. The Wenatchee headquarters has never been a particularly inviting place for customers to visit. Parking has been an issue and the reception area is not inviting either. Erickson remarked that the plan for the new headquarters was to have a place where customers feel welcome.

The PUD had already received 400 comment on-line about the plan. “Some of the concerns for the Wenatchee community is how the relocation will affect downtown Wenatchee,” Erickson told the Council. “We are very cognizant of that issue and are working with the City of Wenatchee and the Port of Chelan County.”

The PUD sees its Wenatchee property as a perfect location for redevelopment in the downtown core. “We are responding to all the comments we’ve received and encourage you to attend open houses to learn more.”

Vice Chairwoman Kari Sorenson asked what the statutory limitations of the property is. Erickson replied that the PUD can’t give public money but said there were things the PUD can do to help redevelop. “We can’t simply give the building away.”

Chairman Chris Willoughby asked if the PUD expected to increase customer rates? “Rates are not related to this,” replied Erickson. The relocation will cost somewhere in the neighborhood of $124 million dollars and the PUD has put $50 million away for the relocation effort. “Our current debt is $500 million which is the lowest debt the PUD has had in year,” said Erickson.

Asked if the PUD would be moving services out of Chelan, Erickson said they would stay in Chelan and Leavenworth.

After the presentation, the Council discussed the Manson/Chelan County Comprehensive Plan. Willoughby said that Fire Chief Arnold Baker had asked to remove the verbiage regarding Planned Development in the Urban Growth Area because it would create at bunch of loopholes for developers.

Willoughby agreed and the Council voted unanimously to strike that language.

The Council is sending the County language that proposes that a contiguous lot be a buildable space and struck the Planned Development portion.

As for Tourist Planned developments, the Council voted 3-1 to have a 1,000 foot setback from any bordering parcel with noise limiting barriers.

Under new business the Council passed a number of Short Plats and Shoreline Development/Conditional Use Permits. 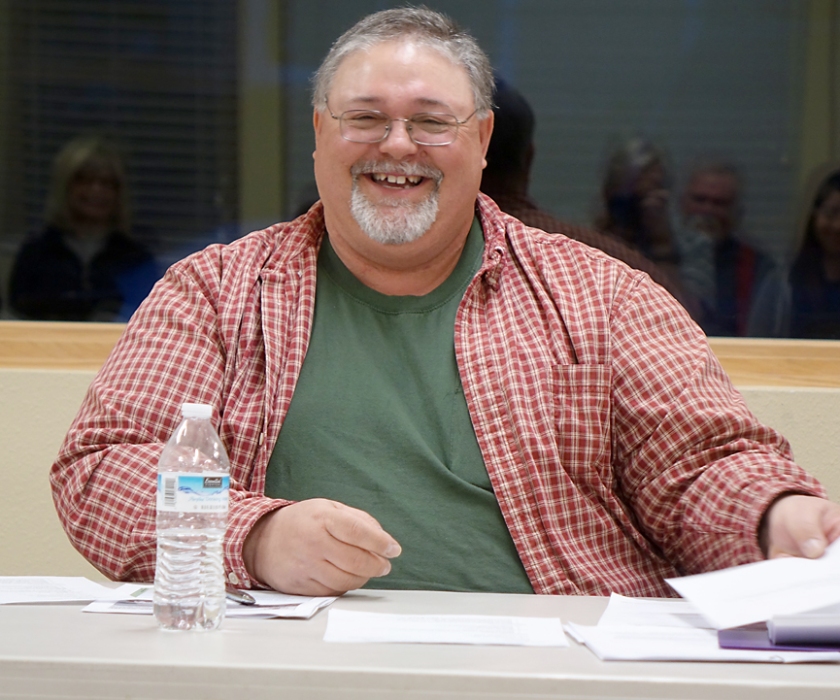 Chairman Chris Willoughby tendered his resignation at the meeting.

Chairman Chris Willoughby tendered his resignation from the Council with April being his last meeting. “I agreed to do a six month stint and that is coming up.” Willoughby stated that he had too many commitments and conflicts coming up to continue, but that he had learned a lot over the past six months. “If anyone has a question, I’m available. It has been fun and interesting.”

The Manson Community Council meets every third Wednesday of the Month at 6 p.m. in the Manson Parks and Recreation Building. The public is encouraged to attend.