Hospital Board Chair, Phyliss Gleasman was taken back by both Jordana LaPorte and Mary Murphy when they complained about not enough transparency from the Facilities Committee which is chaired by Gleasman and has Mary Signorelli on it.

The anger at the committee began when Gleasman reported to the board at its Tuesday, May 26th meeting, that they had asked the USDA if the hospital could extend the time of its loan to 2025.

The community approved a bond levy to build a new hospital in 2017 with a move in date in the fall of 2020. However, the hospital has been through a chaotic period with a loss of professional staff which has led to a declining cash reserve and patient loss.

LaPorte said, “I think the request should be made by the board, not the Facilities Committee and accused them of overstepping their power. Mary Murphy said she would like facilities put on the next agenda to talk about the issue. LaPorte also wondered why the design/contractor team was attending the committee meetings.

Gleasman replied that they need to be involved from the ground up. “I value their input,” she said. Gleasman said they can give insights to what is happening in the area with other hospitals and whether or not the Chelan hospital is doing what is sustainable.

Murphy agreed that the design/contracting team can give valuable information, but that the board is not seeing it. “It isn’t in the minutes,” complained Murphy. She added that any design possibilities could be beneficial if done at the full board level.

LaPorte replied that it is the decisions being made. “It (Facilities Committee) is not supposed to be making decisions,” she said. LaPorte said she isn’t hearing much of what the changes are going to look like. “There has been no discussion of what we need to do to this facility.”

Gleasman replied that other criteria was on the higher priority. “We can’t make decisions until we know how to move forward.” Signorelli chimed in that the hospital hired Jody Corona, Health Facilities Planning and Development consultant, to look at options on what the new facility will look like. “We’ve been waiting for information from her. It’s now in front of us.”

Murphy replied that there is a sense of urgency to study hard decisions the board is going to make. “All the committees should be sharing. I very much would appreciate the opportunity to sit in on the Facilities Committee meetings. If I could attend those or a workshop to discuss what the design is, it would be helpful.” She added that she wasn’t sure what the tasks the Facilities Committee is working with. “I don’t see it in the minutes.”

CEO George Rohrich stated that if Murphy was allowed to sit in on the Facilities Committee it would become a public meeting. Gleasman shut the discussion down despite LaPorte wanting to continue discussing the issue.

The hospital received two proposals for a new strategic plan and accepted the $9,000 proposal instead of the $32,000 proposal. Fred Miller agreed with Rohrich on accepting the $9,000 proposal. “I don’t disagree with George,” said Fred. “Jody knows a lot about the hospital.” Murphy agreed and Signorelli said, “Jody will do a good job for us. It is a good proposal.”

David Yackell, QHR (Quorum Health Resources), gave the board a presentation on their work at the hospital. Yackell said that after an initial assessment, the hospital was in worse condition than they thought. In an effort to clean up claims, continue to identify areas where improvements can be made and staff training, Yackell stated that the hospital has a tremendous number of claims in their receivables. “We need to turn those into cash as quickly as possible,” he said.

The hospital averages 51 days to make a claim which Yackell said is wrong. “By August of this year we will be down to 10 days or closer to the five day range.” He added that the hospital has a potential gross revenue of $1.6 million that could have been charged, but haven’t been.

Gleasman asked how the hospital can take to bill claims. Jones replied that if they haven’t billed a claim within 365 days, they won’t be paid by insurance companies. CFO Mike Ellis said that based on statements ordered by physicians, what looks like an old bill is more current. “We are looking into more friendly statements going out. A little easier to understand,” said Ellis.

Agustin Venegas is working on a new marketing strategy for the Hospital. He said that a determination has to be found about what is important to the board and community. The plan is to revamp the website… start fresh. “So much has happened,” said Venegas. “So much has happened.” The hospital is hiring Jet Marketing to help rebuild the website in 2021. The board will approve a contract after the terms are clear and finalized.

Mary Murphy said the board should consider a letter to the community because of meeting restrictions during the pandemic. “I believe the community would want to hear from us,” she said. The letter should let the community know what is being worked on, the strategic planning process, the fact that the clinic and hospital are a safe environment, and that the hospital is going to be in the valley for the long term. 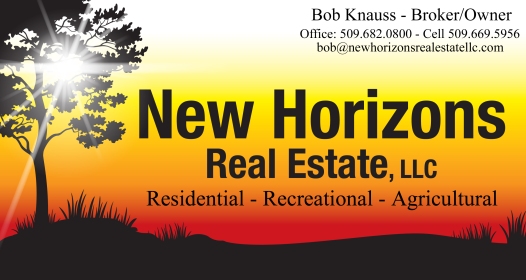 George Rohrich stated that the loss for the previous month was significant. Primary reasons was the fact that April saw all surgeries shut down, the Sanctuary shut down which was significant on the bottom line.

CFO Mike Ellis stated that the hospital’s cash situation is positive because of the grants it has received. “Cash is in a very favorable light,” he said. For the month of April, Ellis said there was more green than red.

The month of April has been the hardest as far as the pandemic. The hospital has a $8.8 million dollar net operating loss. “With the pandemic it has just gotten worse.” They are working on a plan to reopen the Sanctuary safely and looking forward to serving the visiting public. The hospital is also reopening some of their surgical operations.

One thought on “Hospital still stuggling with issues”