The City of Chelan held a special workshop on Tuesday, April 17, to discuss the proposed renovation of Lakeside Park.

Lakeside Park has become a highly used facility during the late spring, summer and fall months and is in need of upgrading.

The City set aside and Council approved $150,000 in the 2018 budget for improvements at the park.

City Administrator Mike Jackson told the Council that the workshop was to figure out how the City will move forward before a final decision is made at the upcoming City Council meeting on Tuesday, April 24. 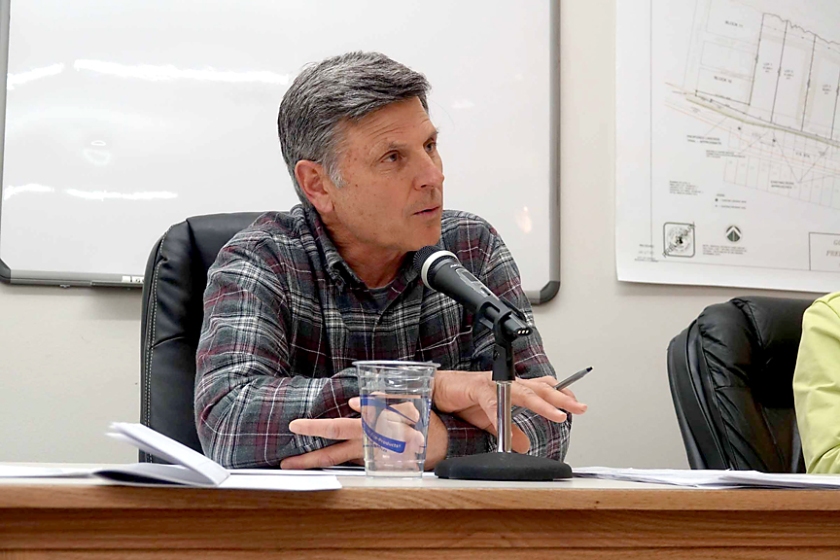 Jackson told the Council that there is an upcoming RCO grant opportunity which the $150,000 could be used for a match if the City is selected for the grant. “We want to try to leverage that money,” said Jackson. The workshop was an opportunity to let the Council know how they have arrived at this point.

The dollar numbers have changed significantly over what was projected. The parking renovation and expansion alone jumped from $50 to $80,000 to $287,000 and another $90,000 for the sidewalk which is required by the ADA laws.

“We have a lot of work to be done before we bring this back to Council on the 24th,” said Jackson. “We are working hard not to miss this (grant) opportunity.”

Park Director Karen Sargeant told the Council that Jim Brennan of Brennan and Associates used numbers from completed projects on the Westside like Kirkland. “We needed him to at least give us some numbers.” The numbers for Lakeside could end up being less because it is eastern Washington not the western Washington construction climate. 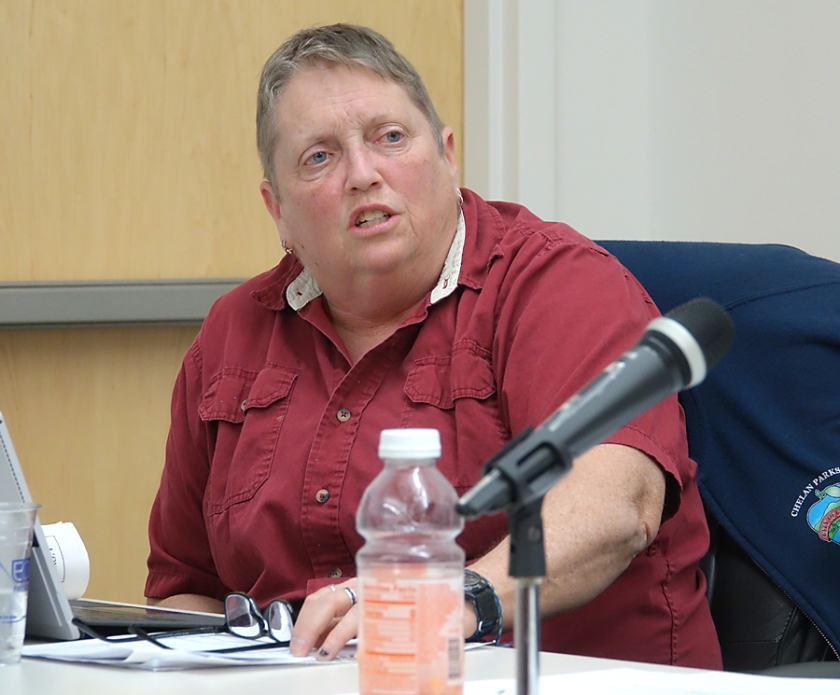 Sargeant went on to explain that the first project is fixing the Lakeside Swim area which is already funded by the $150,000. This project includes moving the swim lines (buoy) lines away from the boat docks.”We have some boater/swimmer conflicts,” said Sargeant.

The project is estimated to cost $78,300 but $150,000 was thrown at it for contingencies. “We are going to go ahead and get the permits because they are good for 10 years,” Sargeant told the Council. “Those projects can go forward when we have the money and I don’t want the permits holding us up.”

The second phase is building a new restroom facility that will include six stalls in the women’s side and three stalls and two urinals in the men’s side. “We took the concession component out of the building,” she said, indicating that it could be put back in or the City could put in a concrete pad for a truck concession.

Mayor Cooney remarked at how beautiful Montana’s rest stops were and wanted Lakeside Park’s new construction to stand out as first class.

The third phase is the parking component and enhanced boat launch area. The current plan for parking will add an estimated 45 slots and will focus on Terrace Avenue and Johnson Place. “We want to pull people out of the neighborhoods,” said Sargeant.

Brennan also suggested pulling out the black fence adjacent to the park so people will have free access to the park.

He has suggested that the enhanced boat launch include a hand rail along the dock that would act as a grab bar for kayakers and other boaters. It will also include a load and unload area for boaters and others who want to move barbeques down to the park.

“We are not going to be able to start the project even if you do get the grant until the summer of 2020 or spring to fall… I don’t want to start during the summer months,” said Sargeant.

To make sure that there was public promenade along the shoreline.

The possibility of a Male/Female bathroom with individual stalls.

The possibility of a public/private relationship. Councilman Tim Hollingsworth said the Chelan Rotary Club is looking for a Centennial Project.

Jackson told the Council that the City has committed $350,000 for the Woodin Avenue Project which leaves the City with $447,000 for the Lakeside Project without changing the financial policy or cutting into the City’s reserves. “That is all the funds we have available right now for this year,” explained Jackson. “But remember… next year we would have around $500,000 (more).” However he added that the City shouldn’t get fiscally ahead of itself either.

Mayor Cooney asked what the City could afford. Sargeant replied that they will be looking into that issue more closely and will be asking Public Works to help with the numbers.

If the City is not successful at getting the 2018 grant, Sargeant said they would do Phase 1 next spring and fix the swim area. “It all depends on how the grant stands.

The final decision will be in front of the City Council on Tuesday which includes a resolution for the Council to pass. This resolution uses required language from the RCO grant procedure and has been incorporated into the City resolution format.

In this resolution, Council will be indicating the City’s intent to apply for the grant, certify that the matching funds will be available one month before the funding approval and understand that funding will be available on a reimbursement basis only.

The resolution is a required document to apply for the RCO grant. The RCO Grant will require 40% matching funds from the City. To match the costs of the components of Phase 1, Council will need to guarantee $454,000 in matching funds. Brennan is also calculating the increased matching funds for the addition of the pathways component, which will be presented to Council on April 24, 2018, along with the extra costs.